OAKLAND, Calif. - Gov. Gavin Newsom completed his statewide homelessness tour in Oakland on Thursday where he announced members of his staff will meet with members of Moms 4 Housing.

At an afternoon news conference at 633 Hegenberger Road, the governor talked about state and local efforts to deploy medical services, trailers and emergency tents to help the homeless. The cost of the effort is more than a billion dollars.

Officials with the governor's office said Newsom at the beginning of the year signed an executive order requiring state agencies to identify empty lots where the homeless can be housed.

Part of the state response is the California Access to Housing and Services Fund, which has expedited the formation of a crisis response team and made state land assets available to address homelessness in California.

Newsom is no stranger to the homeless crisis. As San Francisco mayor, he had to deal with it first hand for two terms and the problem persists.

Newsom has proposed a new law that would force communities to house the homeless. 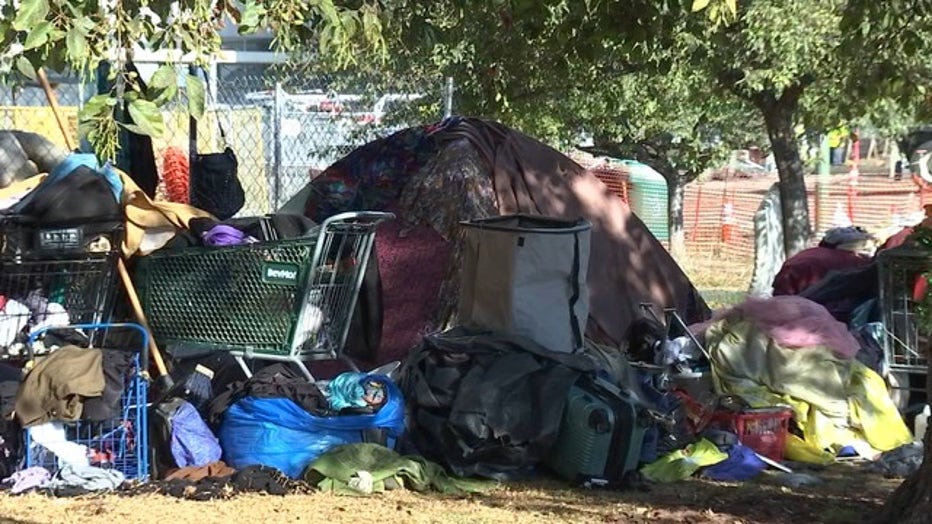 That has garnered the support of Oakland Mayor Libby Schaaf, who is one of seven elected officials Newsom has asked to help him meet the challenge.

Schaaf along with other area elected officials including Assemblymember Rob Bonta, D-Oakland, state officials and service providers joined Newsom on his tour.

Oakland will receive 15 trailers that can house 50 to 70 people.

"That state support is finally here. We are not walking away because this is a press moment," Newsom said. "Some $19.7 million is available today for Oakland to address rapid housing, recuperative care, first and last months rent and to convert hotels and motels into supportive housing."

Oakland has seen homelessness rise almost 50% in two years and is where more than 4,000 people are living on the street in vehicles or shelters.

Among the homeless are two mothers who illegally occupied an empty house in West Oakland until they were evicted under court order on Tuesday.

The Moms 4 Housing had a message for the governor. "Tell him to come down here. This is a crisis! This is a crisis right here! Tell Governor Newsom come to Magnolia Street!" one of the mom's said to news cameras on Wednesday as their belongings were being thrown onto the street and the property owner boarded up the windows to the house they had occupied.

"We will be meeting; members of my staff will be meeting with them shortly. I can assure you there will be a lot of wonderful things that will be said and done," Newsom said.

Meanwhile, on a cold and rainy day in the Bay Area, where temperatures were in the 40s for the most part, residents of Oakland's homeless encampments said they want the governor to know of their despair.

"I don't want my kids in this situation. There are germs and bacteria. The best thing for me to do is ask for help from my sister," said one homeless person who did not give her name.

"We have the right to live as human beings," said another.