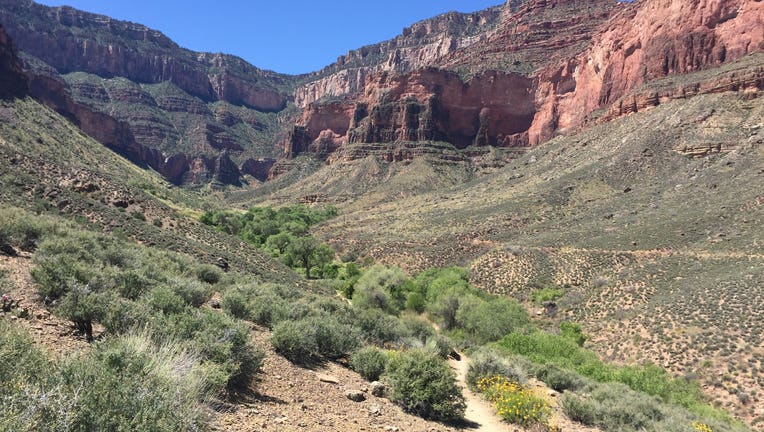 A popular hiking destination in the Grand Canyon has been renamed, changing the old, "offensive name" to one that honors the cultural significance of the location.

Indian Garden, a popular and much-needed stopping point for day hikers on the South Rim’s Bright Angel Trail, is now known as Havasupai Gardens, after the tribe that once populated the area.

"This renaming is long overdue," said the park’s superintendent, Ed Keable. "It is a measure of respect for the undue hardship imposed by the park on the Havasupai people."

But nearly 100 years ago, the Havasupai people were forcibly removed from the area as the national park was developed.

"The eviction of Havasupai residents from Ha’a Gyoh coupled with the offensive name, Indian Garden, has had detrimental and lasting impacts on the Havasupai families that lived there and their descendants," said tribe Chairman Thomas Siyuja, Sr.

"Every year, approximately 100,000 people visit the area while hiking the Bright Angel Trail, largely unaware of this history. The renaming of this sacred place to Havasupai Gardens will finally right that wrong."

Havasupai Gardens is known for having an abundance of trees in the inner canyon, providing much-welcomed shade to weary hikers. Havasupai Garden also has water availability, camping spots, and a ranger station.

Efforts are already underway to update signage, website, and other materials with the new name, and a rededication ceremony is being planned for early spring 2023.

Many people of the Havasupai tribe still live inside the canyon, outside of the national park in the town of Supai.

Supai is located eight miles below the rim and is the welcome point to hikers lucky enough to get passes to visit the reservation to see their stunning blue-green waterfalls.

The tribe has suspended tourism throughout the COVID-19 pandemic in an effort to protect their wellness, and as they make enhancements to hiking facilities, such as the trailhead, campground, and lodge.

The town’s remoteness creates many obstacles for residents and visitors. Most commonly, the trek from the town to the canyon’s top is made by foot or horseback, though coveted spots on a helicopter are available.

The United States Postal Service office in Supai transports all mail in and out of the canyon by mule train.