Authorities search for missing grandmother and grandchildren from Fairfield

FAIRFIELD, Calif. - Police are looking for a woman and her two young grandchildren who were reported missing by family members.

Sandra Young, 75, has lived with the grandchildren, Jayden and Katalyhan, ages 9 and 7, since their parents were killed in a car crash in 2012, Fairfield police said.

Sister Sharon Young, 67, told KTVU she made plans to drop off a turkey on Monday at Sandra's apartment. When the two women spoke Sunday afternoon, Sandra Young seemed fine, but then missed the meet-up with no explanation.

She, the kids, and her green 2000 Acura TL with California license plate 5HLM514 were gone. Her sister reported her missing, two days later.

"We're not aware of any problems or dispute, no foul play or criminality, " said Fairfield Police Lt. Jausiah Jacobsen. "They just haven't been heard from and we want to find them."

Neighbors at Young's apartment complex on Peachtree Drive describe her as friendly but reserved.

"Usually she's home and parked in her stall, maybe by six at night," said Willinique Lewis, who lives with her husband and baby, in the unit directly below Young. Young and the couple sometimes swap parking spots.

They noticed when Young's Acura was absent the past few days.

"Going from being home every single day and night, to not being home at all is very very odd," said Devante Butler, who often sees Young in the mornings with her grandchildren. "She's very, very reliable, she wakes up faithfully every day and takes the kids to school." 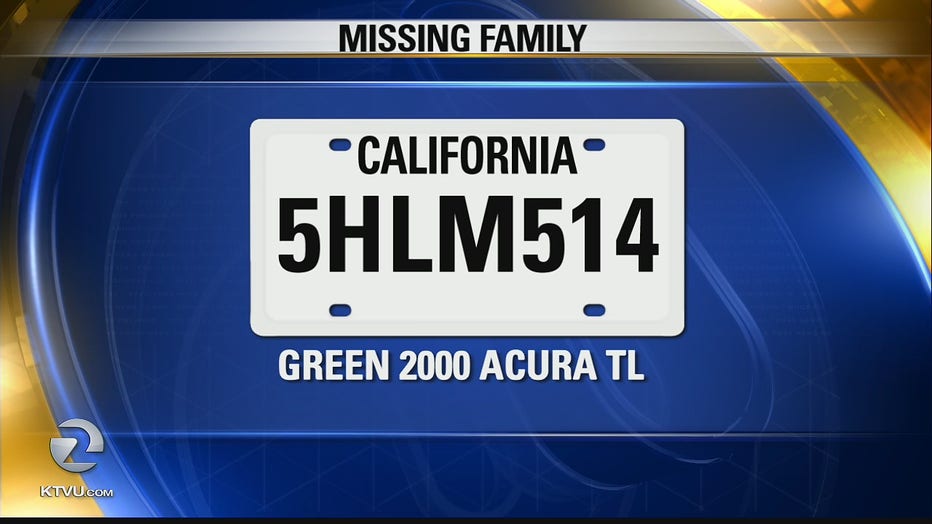 While Young hasn't been seen, her car has. It's just unclear if she has been driving it.

"The vehicle they're associated with has popped up in the Alamo, Danville, and Walnut Creek area,"  Jacobsen said, acknowleding that license plate readers don't neccessarily show who is driving a car. "We don't know that but we're using it as a lead, because the vehicle is connected to them and if we can find the vehicle, hopefully we can find them." The car was last spotted Thursday at 1:30 a.m. in the Hercules area on Interstate 80, the CHP tweeted. The officers later confirmed that when the looked in the area, they couldn't find the car.

Neighbors were blindsided about the dementia diagnosis.

"I was shocked to hear that because she's never seemed confused to me, she's real independent and takes care of the kids by herself," said Lewis.

Observers also had the impression that the children would be assertive if their grandma was in distress.

"The kids would be smart enough to know to get help or something like that so it's very odd," said Butler.

With school on break this week, Young might have taken the kids on a trip, possible but not characteristic.

"I'm praying for the best, but to me, it just seems scary, anything could have happened," said Lewis.

Police are checking for an electronic trail: ATM or credit card use, but Sandra Young did not own a cell phone, so that cannot be tracked.

"It would be awesome if we could find them soon," Jacobsen said, "before things get underway for the holiday, so we can re-unite them with family for Thanksgiving."