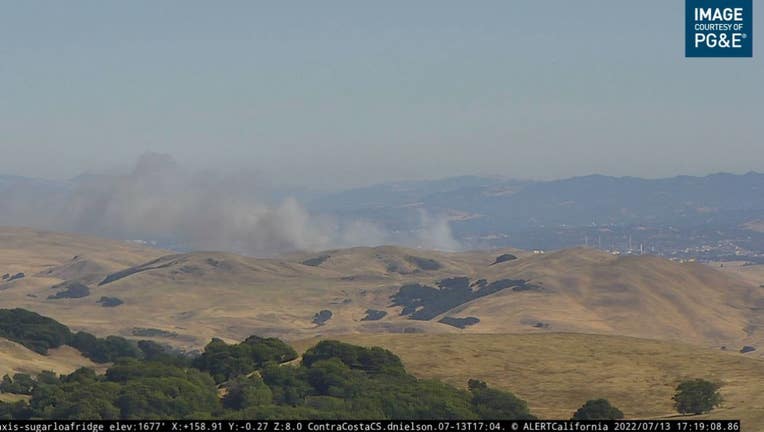 Cal Fire's Sonoma-Lake-Napa unit responded to the vegetation fire near the 60 block of Sky Valley Road in Cordelia. The agency first reported the fire on social media at 5:22 p.m. Skyfox spotted the fire over Lake Herman as early as 4:43 p.m.

Officials said to use caution if driving through the area due to the so-called Herman Fire and to give emergency vehicles right-of-way. Cal Fire said in a late-evening update that crews would be in the area for the next several hours to strengthen containment lines and to put out hot spots.

A Benicia Fire Department spokesperson said wind conditions were good and that the fire was not producing smoke conditions in Benicia's city limits.

There is no word on how the fire started. Cal Fire officials have said at least one structure was possibly threatened, but no evacuation orders were issued. Benicia Fire Department added that no homes were threatened.

As firefighters worked that fire, another incident broke out around 6 p.m. They dubbed that fire the Red Fire near Interstate 80 and Lynch Road. The fire is holding at 2 acres and was last said to be 50% contained, according to Cal Fire officials. 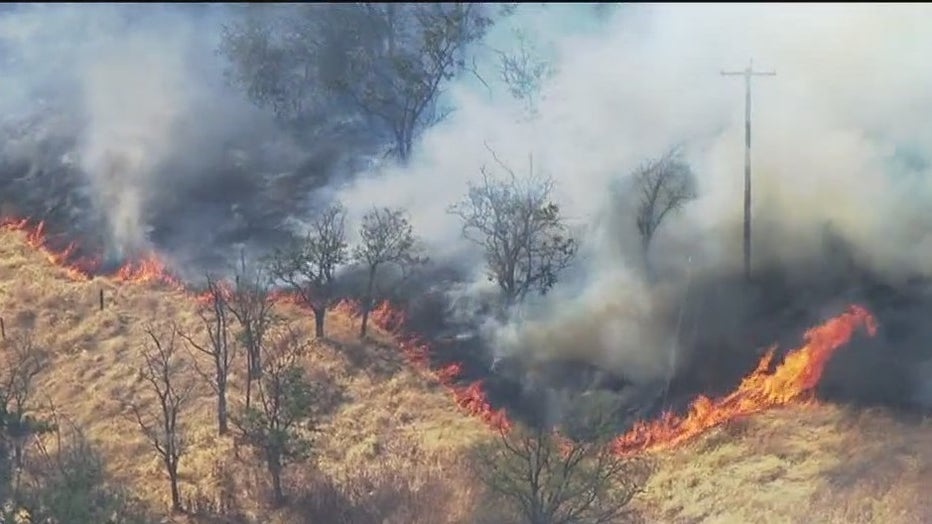