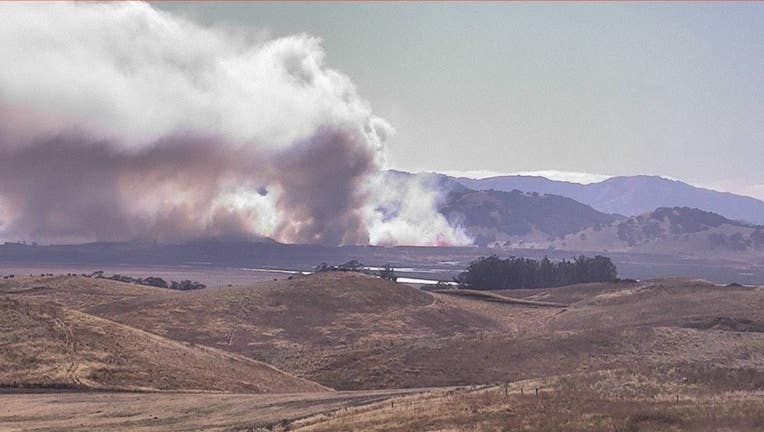 NOVATO, Calif. - An 80-acre grass fire on the east side of Interstate Highway 101 near a landfill was contained Monday night after causing heavy traffic delays, officials say.

The California Highway Patrol first reported the fire at around 5 p.m.

The brush fire burned near the Redwood Sanitary Landfill and San Antonio Road, according to the Novato Police. Cal Fire called the incident the Redwood Fire. An earlier estimate mapped the fire at around 114 acres. Later, the size was reduced, according to the Fire Integrated Real Time Intelligence System (FIRIS). The fire was 100% contained as of 9:50 p.m., Novato fire District said.

Motorists were asked to use alternate routes if possible. Marin Fire units were on scene and fire aircraft is in the area. The Marin County Sheriff's office had noted that the traffic backup was at one point, as far south as state route 37.

There were no evacuations. SMART train service was temporarily halted, but were on the move again by 6:30 p.m. with delays.

Crews will remain on scene through the night, Novato Fire said.