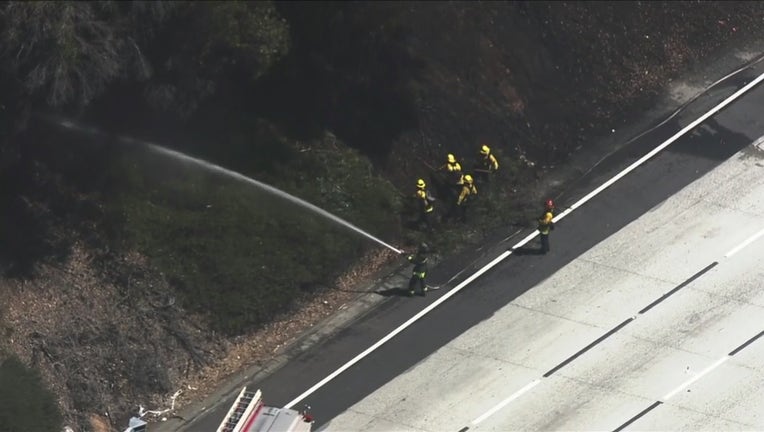 OAKLAND, Calif - Crews with the Oakland fire department quickly contained a grass fire burning near I-580 near Keller & Mountain Blvd.

Crews responded to the report of a brush fire around 12:10 p.m. and located a tree and various shrubbery ablaze.

By 1 p.m., the blaze was declared under control.

Fire shuts lanes of I-580 in Oakland

The California Highway Patrol has closed the two right lanes in the westbound direction of I-580 for the time being.

A SigAlert has been issued for the traffic impacts.

Fire shuts lanes of I-580 in Oakland

The blaze was first reported around 12:10 p.m. Friday.