The city closed off Great Highway to only be exclusively used for pedestrians at the beginning of the pandemic. Neighbors loved it. KTVU's James Torrez reports.

SAN FRANCISCO, Calif. - A stretch of San Francisco's Great Highway re-opened to traffic Monday morning despite a division between neighbors over keeping it shut down for pedestrian and bike riders.

The city closed off Great Highway to only be exclusively used for pedestrians at the beginning of the pandemic.

"This is an incredible opportunity to ride on flat, long open space," said Maia Piccagli, a San Francisco native. "There are so many roads that are built for cars. Bikers and walkers can't walk safely on those or bike safely on those, so we're just asking to preserve this one for those who are using alternatives for transportation."

But the city decided to reopen the highway for cars during the work week.

The highway will stay open for traffic Monday morning until Friday morning. For the weekend, it will close for pedestrian use only. Some like the hybrid model, arguing closing the street for seven days a week created traffic headaches elsewhere.

"You can't shut that down," said Greg Collaco from San Francisco. "This is like a main artery. It has to remain open, at least a hybrid." 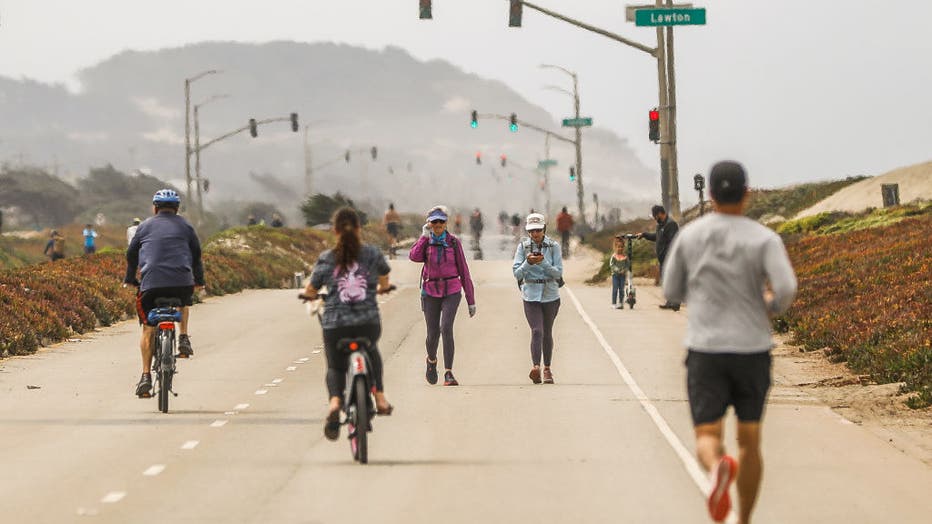 SAN FRANCISCO - AUGUST 10: People walk and bike along Great Highway on Tuesday, Aug. 10, 2021 in San Francisco, California. This is the last full week of car-free Great Highway. On August 16, it returns to cars five days a week. (Gabrielle Lurie/San

Protesters at a rally Sunday morning along Great Highway at Judah Street pleaded with the city to make the change permanent, seven days a week. State Senator Scott Wiener says he supports it.

"It's not over," he said. "This is one point along the path and I know we're gonna get there. We're gonna have a permanent seven-day a week Great Walkway in San Francisco."

Protestors held signs right next to a sign put up by city public works announcing the road would be reopening.

They hoped their message is heard loud and clear.

"We think it's really important that we preserve the Great Highway as the Great Walkway," said Piccagli.