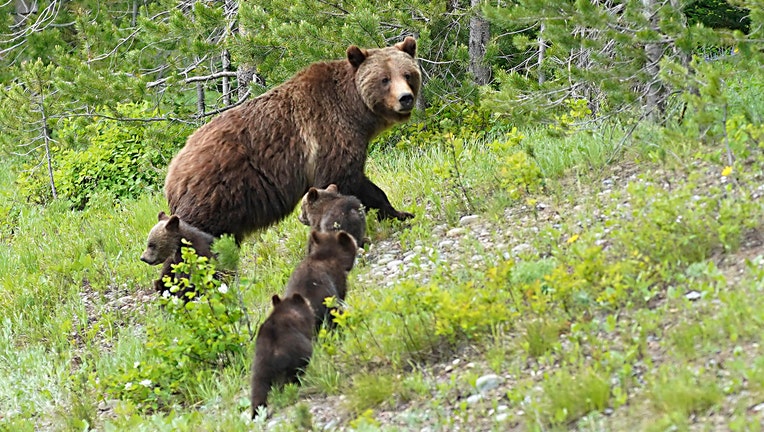 JACKSON, WY - JUNE 15: A Grizzly bear named "399" walks with her four cubs along the main highway near Signal Mountain on June 15, 2020 outside Jackson, Wyoming. 399 inhabits Grand Teton National Park and Bridger-Teton National Forest and is consider

A hunter was attacked and killed by a grizzly bear in an Alaska state park— considered to be a first of its kind attack in the country's largest national forest, officials said.

The victim was in Alaska’s Wrangell-St. Elias National Park and Preserve during a 10-day moose hunting trip when the bear attacked on Sunday, the U.S. National Park Service (NPS) announced Tuesday.

The hunter, whose identity was not immediately released, was in the area of the Chisana River drainage with a friend at the time.

The NPS called it “the first known bear mauling fatality recorded in Wrangell-St. Elias National Park and Preserve since the park was established in 1980.”

Officials urged hunters and park-goers to beware of bears and take necessary precautions.