That’s once every 10 minutes, according to global tech care company Asurion.

WASHINGTON - New findings from the Pew Research Center show that a growing number of U.S. adults are not living with a romantic partner, a sharp increase from three decades ago and another sign of how relationships and living arrangements are evolving in the United States.

An analysis of U.S. census data found that in 2019, approximately 38% of adults ages 25 to 54 were "unpartnered," meaning they were neither married nor living with a partner, the Pew Research Center said.

This percentage of adults is a sharp increase from 1990, when just 29% of adults were unpartnered, according to the organization. It added that men are now more likely than women to be unpartnered — which was not the case 30 years ago.

Growth in the single U.S. population has been mainly driven by the decline in marriage rates among adults ages 25 to 54, or "prime working-age," Pew said.

"At the same time, there has been a rise in the share who are cohabiting, but it hasn’t been enough to offset the drop in marriage – hence the overall decline in partnership," the organization states on its website detailing the findings.

The single population includes some adults who were previously married, including those who are separated, divorced or widowed. But the growth since 1990 has been fueled by the rise in those who have never been married. 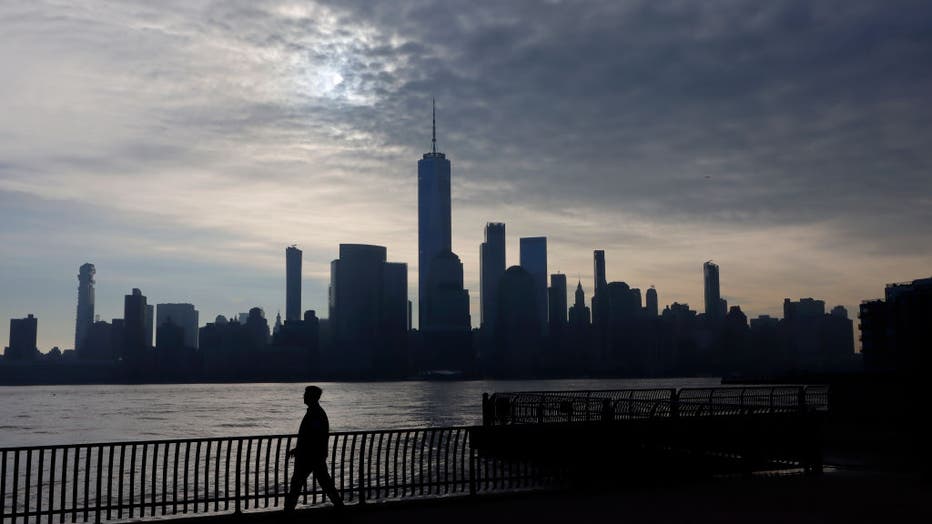 FILE - The sun rises behind lower Manhattan and One World Trade Center in New York City on Oct. 8, 2021, as seen from Jersey City, New Jersey. (Photo by Gary Hershorn/Getty Images)

Experts with the Pew Research Center said the growing number of unpartnered Americans has "broad societal implications," which can include a difference in well-being between these groups.

Unpartnered adults generally have different, and often worse, outcomes when it comes to measures of economic and social status, Pew said. Both men and women in this category have lower earnings on average compared to partnered adults, and are "less likely to be employed or economically independent."

"They also have lower educational attainment and are more likely to live with their parents," Pew states. Other research has suggested that married and adults living with a partner have better health outcomes.

Previous research shared by Pew in early 2020 found that Millennials are less likely to live with a family of their own, such as a spouse and/or a child of their own, compared to previous generations at the same stage of life.

Another report shared in late 2020, months into the COVID-19 pandemic, found that 52% of Americans 18 to 29 were living with their parents, surpassing the previous peak during the Great Depression era.

RELATED: US marriage rates may be dipping because of a shortage of financially stable men, study suggests