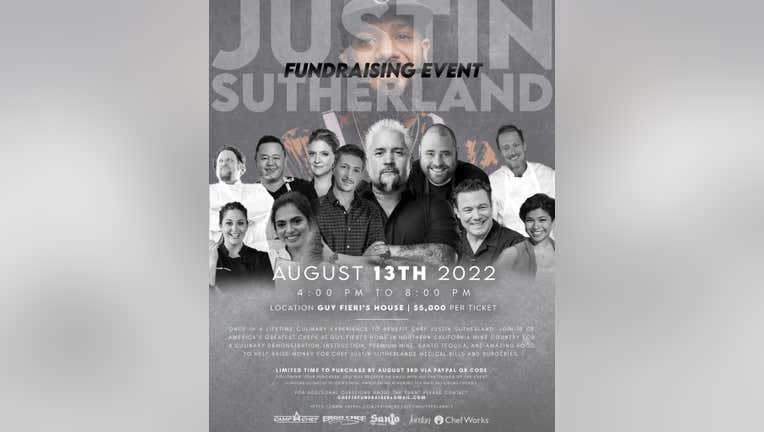 Guy Fieri is holding a fundraiser at his home in wine country for a top chef that was badly injured in a boating crash. Photo via Facebook.

SANTA ROSA, Calif. - Food Network star Guy Fieri announced he is hosting a fundraiser for a fellow chef who was severely injured in a boating accident on July 3.

Sutherland, a former Top Chef contestant, suffered injuries to his face and arm after he fell overboard and into the boat's propeller, according to a GoFundMe page. They said his hat blew off, and when he tried to grab it he was knocked off the boat.

In addition to premium wine and food, the Aug. 13 event will include culinary demonstrations and instruction from chefs who regularly appear on Fieri’s game show.

Tickets must be purchased by Aug. 3.