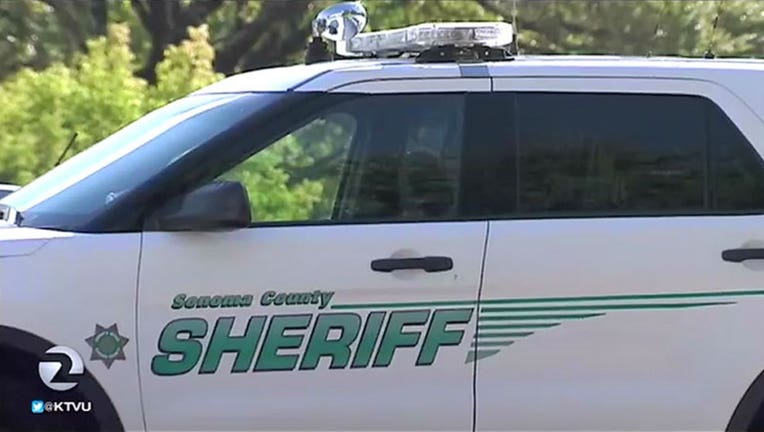 Deputies responded at 8:22 a.m. to the 5200 block of Tre Monte Lane in Geyserville about an unknown man who threw a rock through a house window.

Deputies located the truck a few blocks away, but said the man was no longer inside.
The man was tracked by deputies in a wooded area off of the 5600 block of Thomas Road. The man allegedly stole an ATV.

The Sheriff's office said after more than an hour of searching, the man was located. They did not say where he was found. Officials said the man was holding a weapon and refused to comply with orders to drop the unspecified weapon. The man allegedly charged at a deputy but stopped. A deputy deployed his Taser to no effect, officials said. Another deputy shot the man.

Deputies administered aid before a paramedic was flown to the scene. Officials said the shooting happened at around 10:03 a.m. The man was pronounced dead at 10:29 a.m.

The deputies are uninjured.

The sheriff's office has asked Santa Rosa Police Department and the Sonoma County District Attorney's Office to lead an independent investigation of the man's death.

Sheriff's officials said the police department would have more information on Saturday. The man's identity and the names of the deputies involved and their tenure will be released next week.

The deputies face administrative review by the sheriff's department. "We take every use of force very seriously, and our thoughts are with all those affected by this incident," Sonoma County Sheriff's Office Sgt. Juan Valencia said.