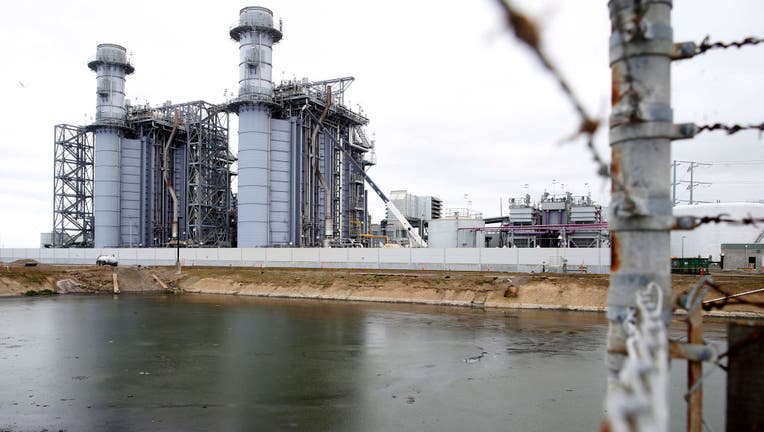 The Russell City Energy Center power plant is seen in Hayward, Calif. on Friday, May 24, 2019. The plant operated by Calpine may be one of several that has its carbon emissions monitored by satellites orbiting in space. (Photo by Paul Chinn/San Franc

HAYWARD, Calif. - A California city has apologized to Black and Latino residents and descendants of a tight-knit community that was torn down more than half a century ago.

The East Bay Times reports Sunday that the apology was welcomed by many from the 12-block area known as Russell City in Hayward, which was a vibrant hub for blues musicians until it was torn down to make way for an industrial hub.

"For me, as an African American woman, it’s really, really meaningful," said Artavia Berry, a Hayward resident who chairs a city commission that drafted the apology. "It’s been a very tearful week for me."

The Hayward City Council issued the apology on Nov. 16. It’s among a number of U.S. cities that have been reckoning with past racial injustices, including the nearby city of San Jose.

San Jose apologized in September for its treatment of Chinese residents in the 19th century. The city’s thriving Chinatown was burned to the ground in 1887 by arsonists.

Russell City was named in the mid-19th century for a teacher who came to California during the Gold Rush. Initially, Danish immigrants lived there. By World War II, people had migrated to the community from the southern United States and Mexico.

The unincorporated area near Hayward had 1,400 mostly Black and Latino residents, lacked fresh water and had mostly unpaved roads.

But it had a thriving music scene, said Ronnie Stewart, the head of the West Coast Blues Society.

"It wasn’t just a little unincorporated town with Blacks and Mexicans and a few others. It had a real function as far as being a contributor to West Coast Blues," Stewart said, recalling how musicians such as Ray Charles played at venues there. "They took the whole damn city. They changed every street name. They tried to erase it."

In the 1950s, Alameda County and Hayward city officials declared Russell City a blighted area and relocated residents despite their protests.

Some questioned whether the apology was enough. Tony Wynn, 67, said she used to visit her great grandfather on weekends on his farm in Russell City and her mother sang at blues clubs there .

"Yeah, that looks good on paper, but what about money?" Wynn said. "Give us more money than the little bit that you gave my family when we were there. It’s not like we could not have said, ‘No we don’t want to move or sell.’ You guys took it over."

City Councilmember Sara Lamnin said she understood the skepticism and added the city is committed to undoing decades of racist policies.

The city is planning public art installations recognizing the eviction of Russell City residents. It may also work with Russell City descendants on plans such as a first-time homebuyer assistance program, according to a city report.