ANTIOCH, Calif. - Antioch's mayor introduced proposals on Wednesday to makes amends to the Bay Area's Chinese-American community for the historic wrongs suffered at the "hands of the city's founding community."

Mayor Lamar Thorpe wants to designate a Chinatown Historic District and create a downtown community mural project that commemorates Antioch’s historic Chinese community. The display might include about $50,000 of signage in the city and perhaps a living exhibit at the Antioch Historical Society.

He also said he will offer an official apology from the city for the "terrorizing of Chinese immigrants" 100 years ago.  And it's not just in the past.

Thorpe cited the rising hate-inspired crimes against the Asian-American community nationwide, including two Asian women, ages 50 and 70, were violently attacked and robbed at the city's only Asian grocery store: Country Square Market.

As far as he knows, Thorpe is the first and only Bay Area mayor to make such an offer of apology like this.

"I have never heard of anyone else apologizing for terrorizing Chinese immigrants," Thorpe said in an interview. "It doesn't take money to apologize. It just takes an open heart to acknowledge our wrongdoing and ask for forgiveness."

"For us, when we see this support this is great for us," Li said at a news conference. "Now I hope we can treat each other equally and build a community we can all feel safe."

Admitting wrongdoing is especially meaningful to Thorpe, who as a Black man, longs to hear the United States make amends for enslaving Africans.

Thorpe said he was inspired to create a historical district as an homage to Chinese immigrants after a tour of the city by the former mayor. There, he learned in more detail about the white residents of Antioch burning down Chinatown in 1876 and banning Chinese people from walking the city streets after sunset.

Mobs of angry white men forced the Chinese to leave town. And after that, they set arson fires throughout Antioch and other California cities, according to historical archives. Most of the Chinese homes and buildings were torched to the ground.

The events of 1876 had a century of ramifications for the demographics of Antioch, according to the historical society. Although some Chinese people did eventually return to do business in the area, almost none felt safe permanently settling there again.

In addition, Thorpe will also sign a proclamation condemning the current anti-Asian American and Pacific Islander hate crimes and sentiment.

Thorpe received some criticism on his Facebook page regarding his proposals, including one person's opinion that the "fixation of those long dead" is just a distraction from the people currently committing crimes against Asians.

However, many constituents wrote that they were pleased with the move.

"Thank you for taking a stand! After reading about Antioch’s history in regards to the treatment of our AAPI citizens, I believe this is long overdue, which I might add, I was never taught in the Antioch school system." wrote Terry Beard Pimentel. "I’m a third-generation Antioch citizen and not once did I learn about our past history of hurting and destroying our fellow citizen's property etc. Recognizing and learning from our past is so relevant for our future. Those struggling with the changes have only themselves to answer to."

Thorpe has been a vocal activist for social justice and police reforms.

After police killed a 30-year-old man who was suffering from a mental health crisis in December 2020, Thorpe vowed to make sure that officers will soon start wearing body cameras to document their actions.

And in February, his promises came true.

The vote count delivered an African-American majority on the city council and a definite progressive swing to local politics.

Chinatown in Antioch in the late 1800s via Antioch Historical Society. 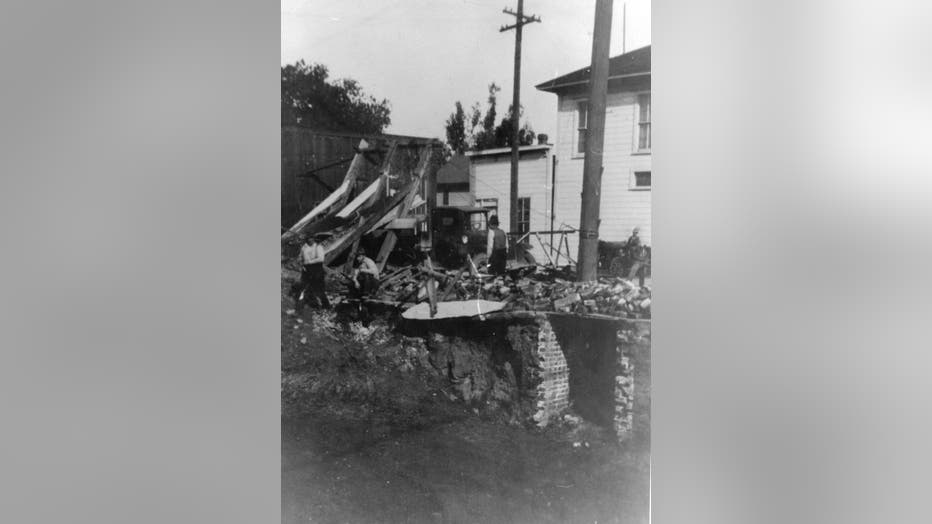