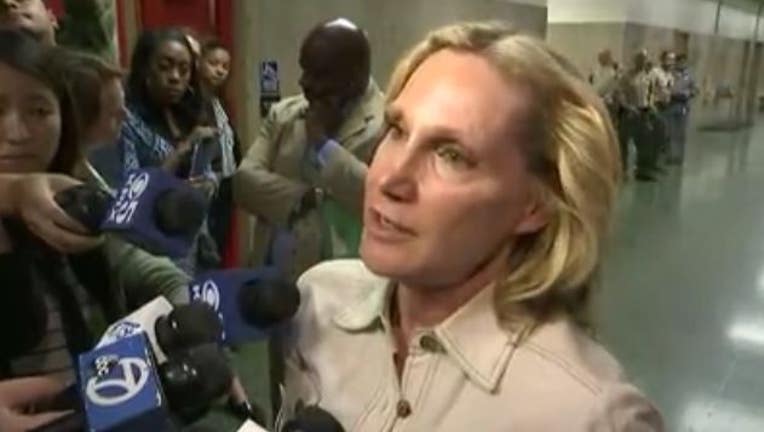 Assistant District Attorney Diane Knoles speaks to KTVU after getting a guilty verdict against Barry White Jr. in a double murder at a San Francisco jewelry store.

SAN FRANCISCO - The new head of the homicide unit at the San Francisco District Attorney’s Office is leaving – widening a void in the crucial department that has lost multiple veteran prosecutors in the months since Chesa Boudin took over as district attorney.

Diane Knoles is leaving her position next week after 34 years at the office. She accepted a job at the Napa County District Attorney’s Office, sources told KTVU.

Boudin axed six other veteran attorneys along with Swart two days after being sworn in, calling the firings “difficult staffing decisions” as he began implementing his progressive vision for the office.

But while Boudin has charged forward on his reform-oriented goals for the city’s criminal justice system, some attorneys in the office – who spoke to KTVU on the condition of anonymity – are concerned about the drain of veteran prosecutors.

While Boudin campaigned to reform the justice system by addressing mass incarceration and racial inequities, he also pledged to focus on violent crime.

It’s unclear what effect the loss of the veteran attorneys will have on prosecutions. All criminal cases are currently on hold due to the COVID-19 pandemic. The San Francisco Superior Court postponed jury trials and other non-essential hearings.

"We thank Diane for her years of public service to San Francisco," the District Attorney's Office said in a statement. "We look forward to the opportunity to rotate and promote seasoned trial attorneys into these positions. We have already promoted several experienced attorneys into the unit and are excited about their contributions."

Knoles was head of the intake unit before being moved to homicide in January. She prosecuted many high-profile cases during her more than three decades in the office.

In 2017, she secured a guilty verdict against Barry White Jr. in the high-profile killing of two people at a South of Market jewelry store. White opened fire on responding officers before being arrested.