Crews spent Tuesday morning rescuing people who were still trapped by the so-called Creek Fire that continues to burn through the Sierra National Forest.

SHAVER LAKE, Calif. (KTVU) - Helicopter crews on Tuesday airlifted at least 81 people who were still trapped by the Creek Fire that is burning through the Sierra National Forest.

National Guard and Navy helicopters rescued 13 people from the China Peak area and 22 from Lake Edison and flew them to Fresno, the Guard said. Late in the morning, a twin-rotor CH-47 Chinook landed with 46 more people and four dogs from Lake Edison.

Tuesday's operations come days after more than 200 people, mostly hikers and campers, were airlifted from the forest. Before rescue helicopters arrived, people were trapped in a wooded camping area near Mammoth Pool Reservoir with no escape in sight. Authorities instructed them to run toward the water of Mammoth Pool where they were met by helicopters, Sacramento Bee reports. 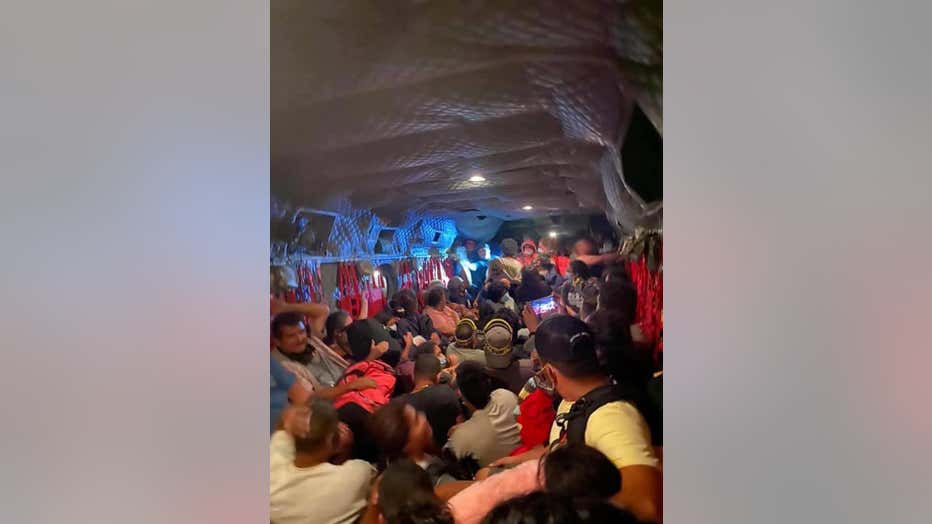 Dozens of evacuees are flown to safety by a Cal Guard CH-47 Chinook after being trapped by the #CreekFire last night. (Photo courtesy California National Guard)

Since starting Friday from an unknown cause, the Creek Fire has destroyed 45 homes 20 other structures.

Firefighters working in steep terrain saved the tiny town of Shaver Lake from flames that roared down hillsides toward a marina.