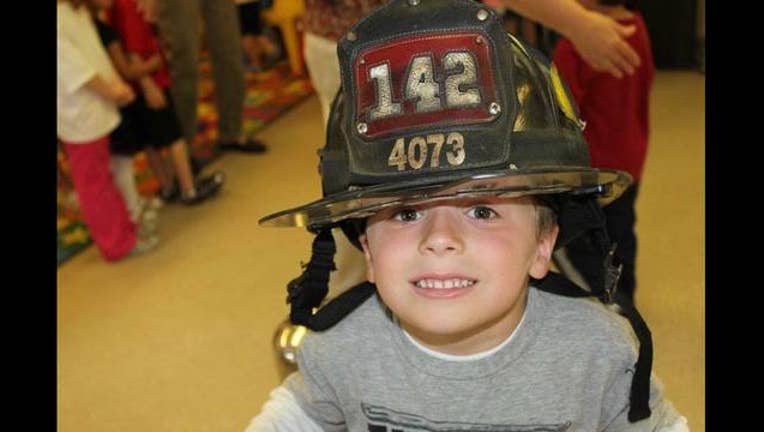 O'Connell was having work done on his home three years ago when he realized the irreplaceable items had been taken.

To him, that helmet was truly precious and something he hoped to pass to his children one day.

"It's a story for my children to say this is who my father was. He was a fireman, he was there on 9/11, this is a piece of history is really what it is, for my family," O'Connell explained.

Now, he has decided to take his quest for his helmet to social media, posting a picture of his little boy wearing the helmet, asking for help to find it.

He didn't expect much, but within hours, it went viral. Since then he's had news crews in and out of his house along with thousands of "likes" and messages offering help from around the world.

That's the silver lining here. The helmet still hasn't been returned to him, but he and his wife are taking a "no questions asked" policy. They just want the helmet back.

"The helmet can be left on my front porch, throw it on my lawn, I won't ask any questions just give it back and we'll be happy," O'Connell said.

It's entirely possible that someone who broke into the house didn't know it was the helmet O'Connell wore on 9/11, it has no marks on it. But his medal clearly says "9/11 Veteran".