Here are the colleges with the happiest students

The Princeton Review surveyed thousands of college students to come up with its 2020 list.

NEW YORK - As high school students begin the tedious process of researching and applying to colleges, a new ranking of the top 20 schools across the United States shares which campuses have the happiest students, the best financial aid offers and dozens of other categories.

The Princeton Review released its 2020 edition of “The Best 385 Colleges,” an annual publication highlighting the top colleges in 62 different categories. The rankings are based on feedback from 140,000 students answering questions about dozens of important topics to both applicants and their parents. 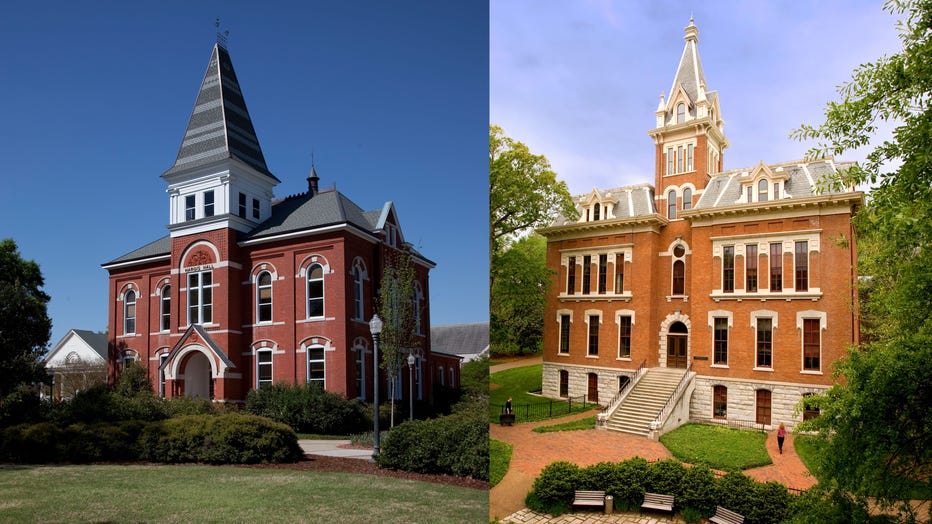 Hargis Hall on the main campus at Auburn University and Benson Science Hall on the campus of Vanderbilt University are shown in file images. (Photo by Carol M. Highsmith/Buyenlarge & Vanderbilt/Collegiate Images via Getty Images)

Some of the other top findings include schools on the “Great Financial Aid” list based on students’ satisfaction with their aid awards. Bowdoin College in Maine earned the number one ranking. The average grant Bowdoin awarded to its undergrads last year was $48,800, the publication reported.

Which schools have the best professors? Sarah Lawrence College in New York finished first on Princeton Review’s list, based on how students rated their professors as teachers. The publication noted the college’s highly regarded individualized study program and its low student to faculty ratio for the high mark.