A high school English teacher from Wisconsin was caught going to the bathroom in a place no one would hope to find him: a public park.

WHITEWATER, Wis. - A high school English teacher from Wisconsin was reportedly caught defecating in a public park, and officials allege he’d been doing it repeatedly for two years.

According to WITI, Jeffrey Churchwell was confronted by the Fox 6 news team attempting to leave Natureland Park, which is roughly an hour south of Madison, Wisconsin, after allegedly committing the act that remained the scourge of the Walworth County Public Works Department for two years.

Richard Hough, Walworth County public works director, told WITI that the unsanitary acts of Churchwell required his team to “check on things daily,” adding that Churchwell would sometimes defecate in the park multiple times per day.

"It was taking up precious time and resources to go and clean up unnecessary human waste," said Hough.

Things apparently got so bad that the department had to install a trail camera in order to identify Churchwell, who was eventually confronted by the local sheriff’s department.

Churchwell agreed to pay a fine of more than $6,000 and reportedly told authorities that he defecated in the park out of convenience and to be disrespectful. 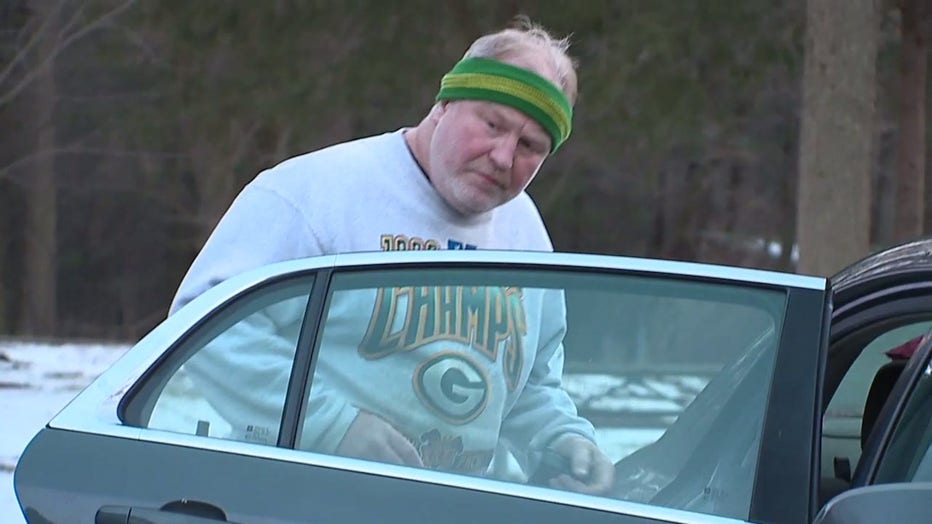 Jeffrey Churchwell confronted at a public park he defecated in for 2 years. (Courtesy of WITI.)

According to the Janesville Gazette, Churchwell wrote a letter to the sheriff’s department apologizing for his actions.

“I’m so disappointed in myself. I have the great opportunity to teach ‘Political Rhetoric.’ … In this class, I stress the importance of involved citizenship,” wrote Churchwell. “And then there I am being a lousy citizen of Walworth County. My hypocrisy now sickens me.”

“As well, after REALLY thinking about why I did what I did, I came to the conclusion that I allowed my thrill-seeking, self-indulgent pride and ego both get the best of me,” he added.

The school district where Churchwell works told WITI that the English teacher is currently on leave and is set to retire Jan. 16.