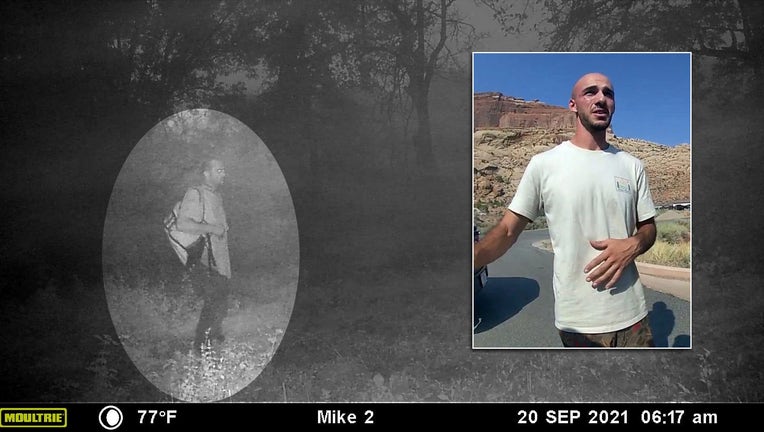 BAKER, Fla. - The man seen hiking a rural trail in the Florida Panhandle was not Brian Laundrie after all, deputies in Okaloosa County said today, meaning the person of interest in the Gabby Petito case remains missing.

Calling it "mistaken identity," the agency said they know who the hiker in the viral trail camera image is – and more importantly, who it is not.

"The Okaloosa County Sheriff’s Office has positively identified the individual whose image was captured on a deer trail camera near Baker and shared on social media, sparking nationwide speculation that it was missing North Port Florida resident Brian Laundrie," the sheriff’s office wrote Wednesday. "The OCSO has confirmed the man is an Okaloosa County resident who acknowledged he was the one walking on the deer trail carrying his backpack."

Tuesday, the agency said it was "actively checking" on a grainy photo that showed a man matching the description of Laundrie, who’s been missing for over a week. The Facebook post has since been shared over 45,000 times.

Brian Laundrie search: What led police to the Carlton Reserve?

FOX 13's Kimberly Kuizon has been following the Gabby Petito case since the 22-year-old was reported missing. She's got the latest on the search for Brian Laundrie, including the most commonly asked questions.

RELATED: How social media sleuths can help -- and hurt -- a case like Gabby Petito's

The sheriff’s office said several deputies recognized the man in the photo and while they did not release his identity, they said "the private citizen was located and a positive identification has been made."

"During its search and investigation, the OCSO found no indications that Brian Laundrie is, or was, in Okaloosa County," they added.

Baker, Florida is about 500 miles from Venice, where a large search continues in the 25,000-acre Carlton Preserve. Laundrie is the only person of interest in the disappearance of Petito, whom investigators now say was murdered.