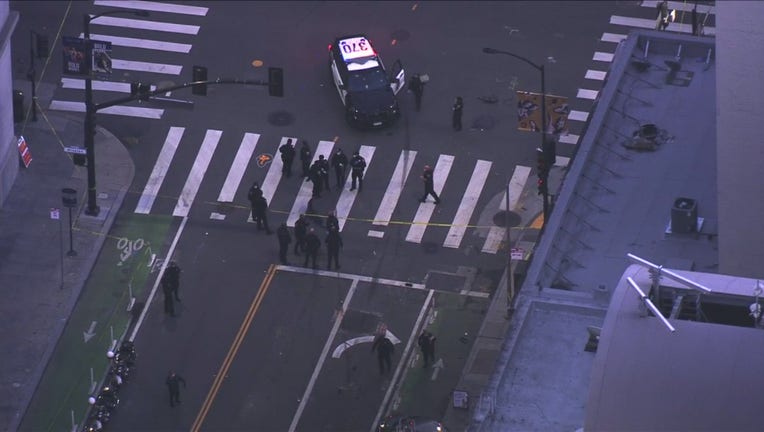 SAN FRANCISCO - A hit-and-run driver in a stolen vehicle is in custody after striking two pedestrians in San Francisco's SOMA District, killing one at the scene and a second who died about an hour later.

The crash happened at 2nd St and Mission St at approximately 4:00 p.m., according to a statement released Thursday evening by San Francisco police.

Officers arrived to the scene and began life-saving measures. The second victim was transported to a nearby hospital but later died, according to a Tweet sent by San Francisco District 6 Supervisor Matt Haney.

The suspect immediately ran from the scene on foot, leaving a vehicle that was reported stolen. Officers located the driver nearby and detained him.

Police said the suspect is on parole but they have not yet released their identity.

The area is closed to pedestrians and traffic, and SFPD advises the area will remain closed for quite some time as the investigation continues.