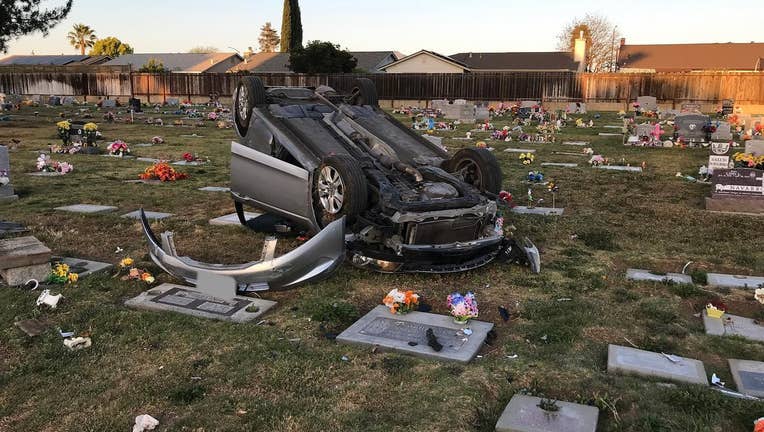 A drunk driver crashed into a field of grave sites in a Hollister cemetery. (Photo Credits: Hollister Police Department)

The driver plowed into a field of graves in the Hillcrest Cemetery with a blood alcohol content of .18% Wednesday morning, according to Hollister police's Facebook page.

Photos from the police show the car completely damaged and flipped upside down. Dozens of headstones and monuments were damaged.

"There is no humor here. Only irony," police wrote on Facebook. "Because if people don’t get the message, they will end up in the cemetery, or worse yet, put someone else there. Impaired driving kills." 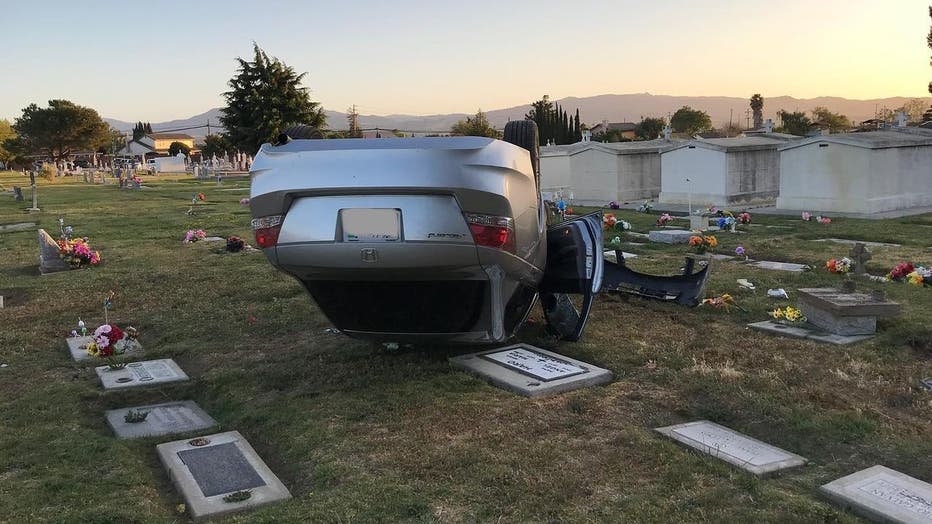 No one was seriously injured, police said.

The driver was arrested and will face restitution, officials said. The grave sites and monuments will be repaired.