SAN FRANCISCO, Calif. - People experiencing homelessness are at a critical risk of contracting coronavirus and dying, especially with 50 percent of that vulnerable population over age 50.

It’s a problem California leaders are trying to tackle, but currently with limited resources and supply shortages, the opportunity for a fast-moving outbreak could just be a matter of time.

“It really creates an impossible situation,” said Dr. Margot Kushel, director of the UCSF Center for Vulnerable Populations. “There is no medicine as powerful as housing and when we have this other crisis overlaid on top of a severe homeless crisis, we’re going to see the effects tragically.”

No new cases of COVID-19 have been reported among homeless in the Bay Area, however, that doesn’t mean it’s not out there. It could simply be a lack of testing, preventing those who are infected from knowing.

“Everybody’s talking about it and some folks are really worried about it,” Leslie Degan who’s homeless in Berkeley said.

Knowing that, the City of Berkeley Public Health Department quickly took action going tent to tent and delivering packets with a map to washing stations, instructions for preventing the spread of the virus, and personal hand sanitizers.

Many of those living at one encampment in Berkeley said they’ve researched or learned about the do’s and don’ts from health officers. While washing hands can at times seem like a luxury for many people on the streets, opportunities to do it now may be a life saver.

Across the Bay in San Francisco, washing stations, bathrooms and “pit-stops” have been deployed by the dozens to encourage sanitizing and to help with hygiene. There are even pet care stations.

Additionally, the city has secured at least 30 RVs to separate or quarantine entire encampments if infection were to occur. 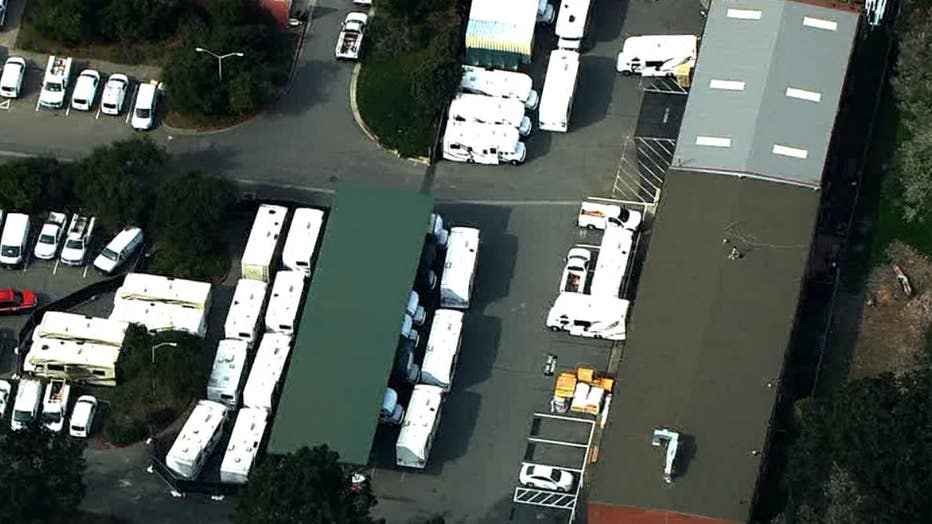 The problem could flare up in one of many homeless shelters where people are often close together and eat in common areas. Health experts suggest meal times be staggered and sleeping areas be rearranged to keep people foot to foot and increase social distancing.

In Oakland, KTVU found less is being done to make sure the living on the streets are cared for. While there are some new portable bathrooms and sanitation stations near encampments, replenishments and routine cleanups don’t appear to happen often.

“We need help! We’re going to catch this virus if nobody helps us.”

Many people experiencing homelessness in Oakland are trying to keep to themselves and coming up with unique ways to routinely clean. Martinez keeps a trash can filled with water for washing and has powdered soap to regularly scrub her hands and face.

Oakland City Council President Rebecca Kaplan wants to get people like Martinez and those most at risk off the streets.

“We need to insist that places be provided for those who are homeless to protect their health, she said.

Two hotels near the Oakland Airport have since been secured with the help from the state and Alameda County. Progress to open rooms to the homeless has been slow though because medical staff, laundry, food and security all have to be set up.

“We’ll make sure we secure the resources to get people off the streets quickly and into those units,” California Governor Gavin Newsom said. “Seven counties now have already secured beds for the homeless.”

Newsom wants more than 50,000 hotel rooms in preparation for a widening pandemic. Many of those rooms could house homeless Californians.

But Dr. Kushel warns it could also create more harm than good, especially for those suffering from substance abuse disorders or mental illnesses. She said some people with alcohol or drug addictions may violate quarantine rules putting others in danger.

“We don’t want to take people who are outside and force them to move into enclosed spaces,” Kushel said. “That would be a disaster.”