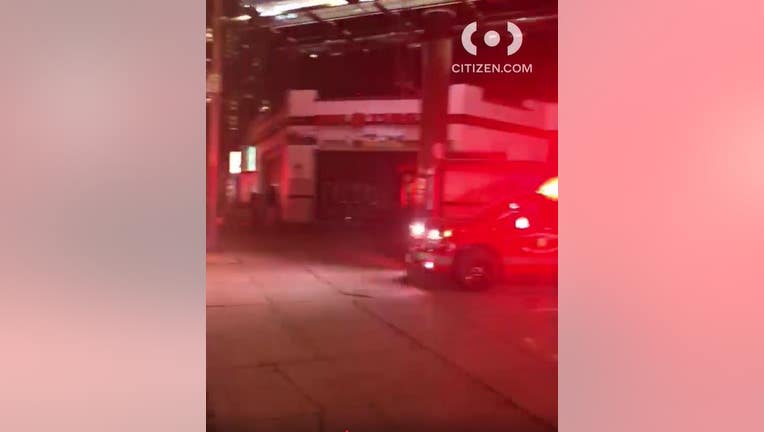 SAN FRANCISCO - A large homeless encampment fire that spread to a commercial building has been extinguished by firefighters in San Francisco Monday night.

The fire started in the encampment and spread to the building. At least one person was injured.