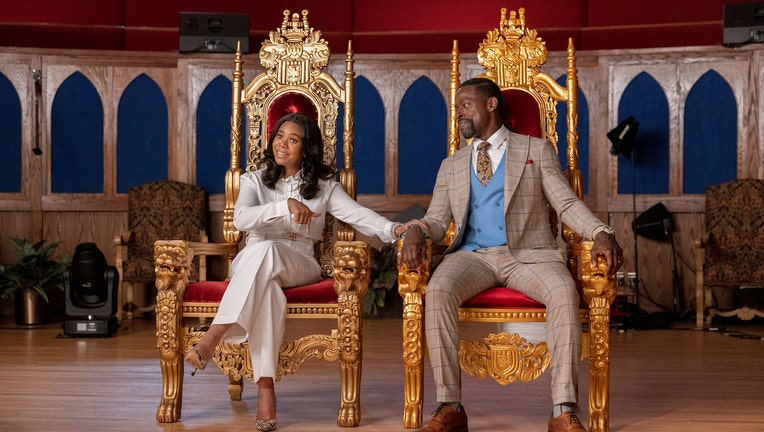 Chicago - Editor's note: This review originally ran as part of our coverage of the 2022 Sundance Film Festival on Jan. 26, 2022. It has been expanded and republished in light of the film's upcoming debut in theaters and on Peacock.

The initial pitch for "Honk for Jesus. Save Your Soul." seems simple enough. The film opens as a Christopher Guest-style mockumentary about a Southern Baptist megachurch in Atlanta trying to stage a comeback following allegations of misconduct against its peacocking pastor Lee-Curtis Childs (Sterling K. Brown). Anchored by a hilarious turn from comedienne extraordinaire Regina Hall as his put-upon wife and dutiful "first lady" Trinitie, the opening act of "Honk for Jesus. Save Your Soul" coasts along on familiar but well executed jokes about megachurch culture.

Writer/director Adamma Ebo has a keen ear for the details of this world, including the passive-aggressive daggers hidden behind every "bless your heart" and "god is good" — not to mention the innate hypocrisy of prosperity gospel. "There’s something about a pastor in Prada," the Childs gloat as they give the film’s in-world documentary crew a tour of the massive designer-filled walk-in closet the church keeps onsite. 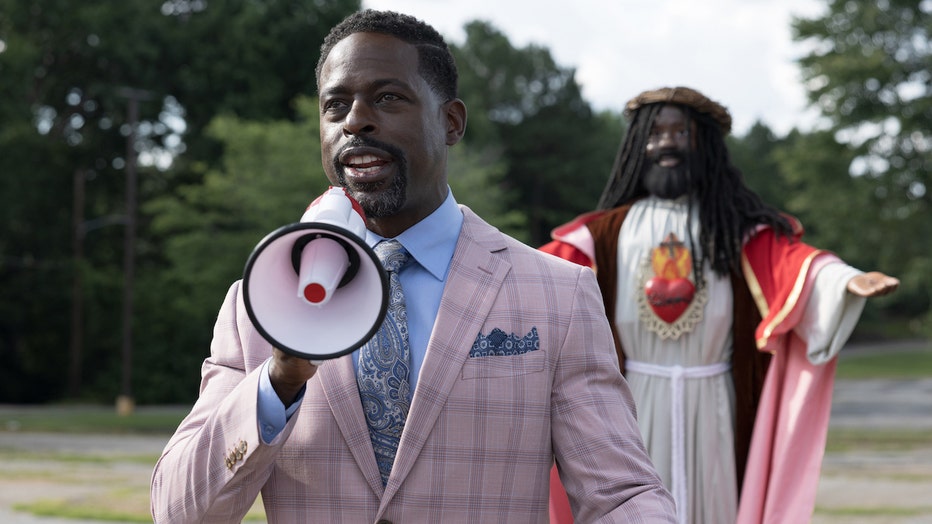 In fact, if "Honk for Jesus. Save Your Soul." had simply maintained its opening act’s broad comedic tone throughout, it likely still would’ve emerged as one of the most captivating entries in this year’s Sundance Film Festival line-up. But Ebo has something more complex up her sleeve as she expands her 2018 short of the same name into a formally inventive, tonally bold debut feature.

About "Honk for Jesus. Save Your Soul.": A boldly ambitious comedy

A subtle shift in aspect ratio indicates when the film has stepped away from the mockumentary format to show us Trinitie and Lee-Curtis in their private lives, where the forced smiles are gone but the self-delusion remains. There’s a core of unexpected drama here as the film slowly reveals the exact nature of Lee-Curtis’ offenses and the weight that Trinitie bears as the loyal wife who’s chosen to stick by her husband — both to protect his sense of pride and her own sense of identity. (A simple aside about hats is one of the most quietly devastating cinematic moments of the year.)

Yet Abo refuses to ever let her film settle into just one mood, perpetually flitting between comedy, drama and full-on absurdism to capture the swirling mindset of Trinitie’s increasing cognitive dissonance. It’s an unusual approach to a character study, but one that proves to be an ideal showcase for Hall’s impressive range as both a comedic and dramatic actor. 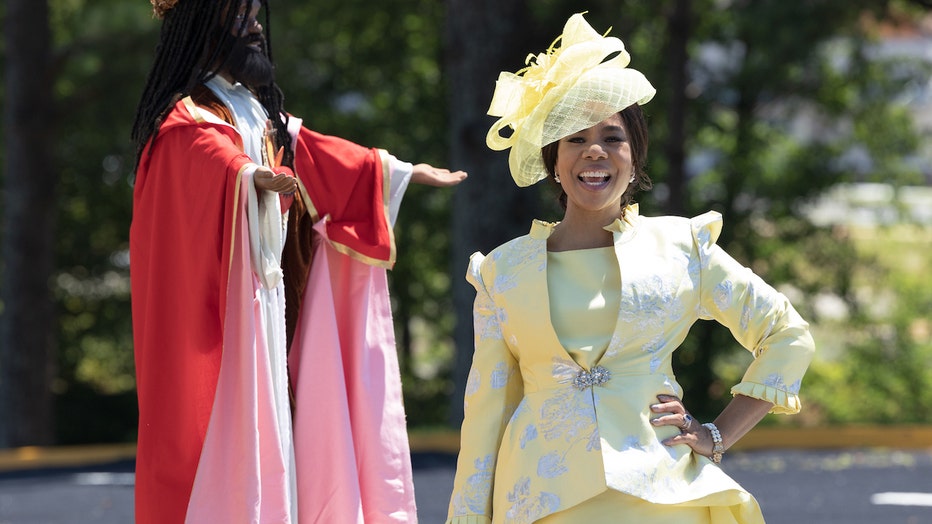 WATCH FREE ON TUBI: Regina Hall’s acclaimed performance in "Support the Girls" — get the app

If not every tonal shift in "Honk for Jesus. Save Your Soul." works, the pure ambition on display is exhilarating. By the time the film has built to one of the best tragi-comic mime-related sequences in cinema history, it’s clear that Ebo has the confidently idiosyncratic voice of a filmmaker to watch. And she’s found the perfect collaborators in Hall and Brown, two of the most dexterous actors working today. Together Ebo, Brown and Hall make for a heck of a trio, gracefully dancing up and down the entire comedic spectrum, from broad gags to surrealist dark comedy. The Childs may be out of sync as a couple, but this tour de force satire is perfectly in tune.

Make it a double feature with "But I'm a Cheerleader," streaming free on Tubi

But I'm a Cheerleader (2000): For a romantic comedy that’s just a little bit off the beaten path, try this delightful cult classic starring a 19-year-old Natasha Lyonne. Lyonne plays Megan Bloomfield, an all-American cheerleader who’s sent away to a gay conversion camp when her parents and friends start to suspect that she’s secretly a lesbian. Ironically, it’s not until Megan is at the oppressive "True Directions" conversion program that she begins to realize she does actually like women — specifically Clea Duvall’s rebellious bad girl Graham Eaton. And while that sounds like the plot of a heavy drama, director Jamie Babbit takes a whimsical, satirical approach in a colorful rom-com that rejects repression and reclaims queer romantic joy. Rated R. 85 minutes. Dir: Jamie Babbit. Also featuring Cathy Moriarty, RuPaul Charles, Melanie Lynskey.

How to watch "Honk for Jesus. Save Your Soul."

"Honk for Jesus. Save Your Soul." arrives in theaters and streaming exclusively on Peacock on Sept. 2.