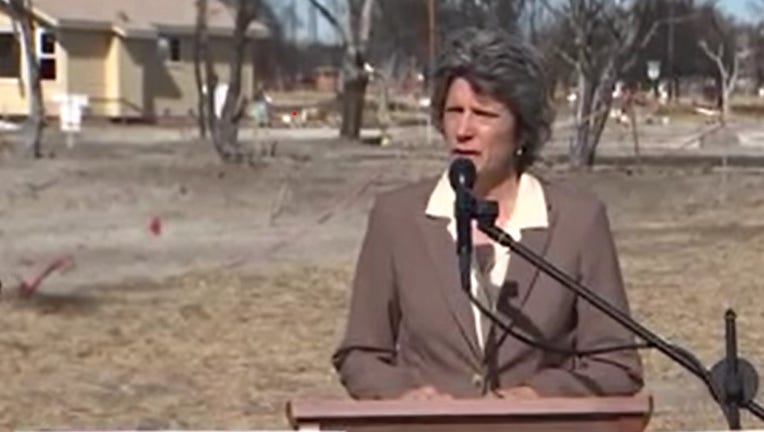 The effort to oust Ravitch was launched by a real-estate developer whose companies were accused of abandoning elderly residents at their facilities during the deadly Tubbs Fire in 2017.

On Tuesday, the Sonoma County Board of Supervisors set the September date for the vote.

The move to possibly replace Ravitch, who's been in office since 2011, officially qualified for the ballot earlier in May. That was when officials validated that developer Bill Gallaher's effort had accumulated at least 30,056 signatures. Gallaher has spent $800,000 in his quest to force an early end to Ravitch's tenure, according to reports.

"Bill Gallaher is sad we held his business accountable," Ravitch said when recall organizers surpassed the threshold for signatures.

Sonoma County prosecutors had alleged in a civil complaint that the staff with two Santa Rosa facilities were not properly trained to handle an evacuation.

Close to 100 residents at Villa Capri and Varenna facilities were left behind as staff fled when the Tubbs fire tore through the Fountaingrove neighborhood of Santa Rosa. Family and first responders helped rescue residents.

In September 2020, Gallaher's businesses, including Oakmont Senior Living, agreed to a settlement of $500,000 with the Sonoma County DA and state Attorney General offices.

While Ravitch insists that Gallaher is merely out for revenge, a pro-recall website funded by Gallaher says that the county's top prosecutor has a poor record that includes failing to prosecute law enforcement, such as the sheriff's deputy who fatally shot 13-year-old Andy Lopez in 2013 and letting PG&E off the hook for its role in the 2017 wildfires.

"Jill Ravitch ran for District Attorney promising fairness and reform to our broken criminal justice system," a message on RecallRavitch.com says. "Unfortunately, Ravitch has not lived up to those promises."

Candidates may officially declare they are running for DA beginning May 26.