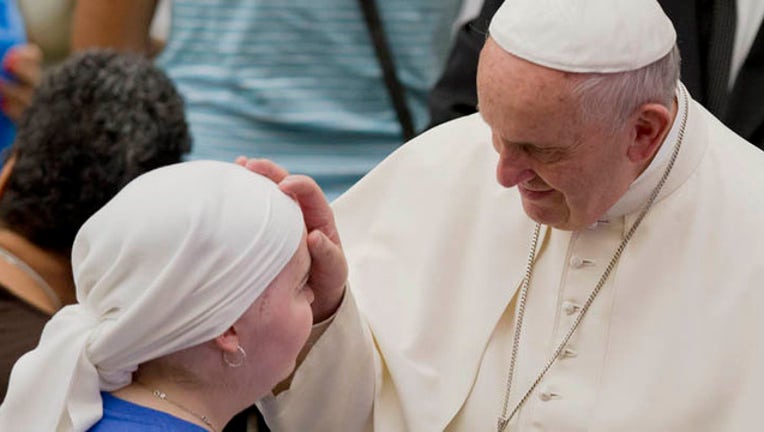 WASHINGTON (AP) — House Democrats are pushing Pope Francis to address the minimum wage, hunger and the environment in his historic speech to Congress later this month, hoping his embrace will give momentum to three party priorities.

In a letter to the pontiff, 94 House Democrats lauded Francis' schedule during his six-day U.S. trip, which includes visits to a Philadelphia prison and a school in New York City's Harlem neighborhood.

"Your powerful example of solidarity with the poor and the marginalized will undoubtedly help inform our current debates around major U.S. policy affecting all Americans," the lawmakers wrote. "Your message of hope could not come at a more crucial time, in particular to those in our nation that are struggling on a minimum wage salary, or relying on public assistance to put food on the table."

The Democrats cited instances in which Republicans have blocked Democratic efforts to increase the federal minimum wage and bolster food and environment programs. "We look forward with great anticipation to your visit and to your words on all these issues," they said.

Francis' U.S. visit will include a Sept. 24 address to Congress, the first by a pope, and is certain to bring throngs of people to the capital. He arrives in the U.S. on Sept. 22.

The letter is dated Aug. 12 and was first reported by Politico.

In a second letter, 13 House lawmakers who graduated from Jesuit schools described how their educations encouraged them to serve needy people and politely asked if the pope had time in his already packed schedule to meet with them. Francis is a Jesuit.

"We look forward to your visit to Washington, D.C., and if time permits, we welcome the opportunity to discuss how best to serve our constituents, our country, our world and our God," they wrote in the Aug. 31 letter.