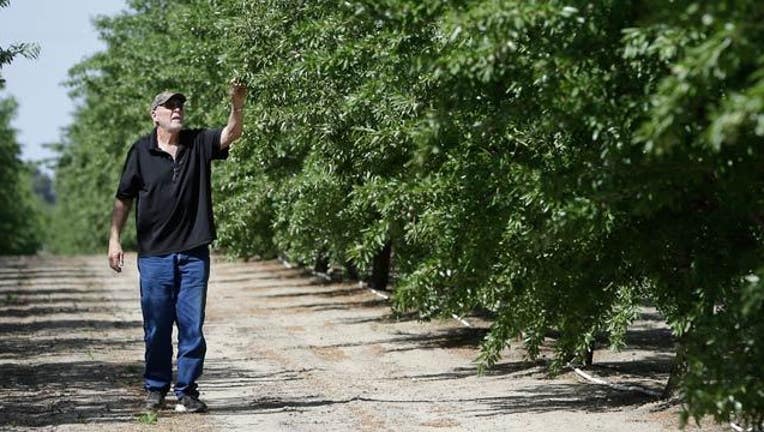 Similar legislation has failed in the last two congressional sessions, and the White House and Democrats remain opposed.

The four-year California drought has forced communities to cut water use. Some rural areas have been particularly hurt as the state's water distribution systems curtailed the amount of water for agriculture. The bill is designed to take more water out of the Sacramento-San Joaquin River Delta before it flows into the ocean. It also seeks to speed up studies for a handful of new or expanded dams.

The House passed the bill by a vote of 245-176. Opponents said that diverting more water to farms will take water from other California communities and harm the state's salmon fishing industry. Only five Democrats voted for the bill.

Republicans have blamed some of the cutbacks on environmental regulations designed to protect salmon populations and the threatened Delta smelt, a three-inch-long fish that is disappearing from the Sacramento-San Joaquin River Delta. At times over the years, state and federal officials have reduced the amount of water pumped from the Delta to prevent smelt from getting sucked into the pumps.

The bill authored by Republican Rep. David Valadao required that federal regulators maintain certain pumping levels unless the secretary of the Interior Department certifies that level would harm the long-term survival of the Delta smelt and no other alternatives to protect the smelt are available. The 170-page bill also sets deadlines for the completion of feasibility studies to build or enlarge five dams in the state and ends efforts to build up salmon populations in the San Joaquin River.

House Majority Leader Kevin McCarthy, a California Republican, said that people would lose their livelihoods if lawmakers didn't act, and consumers would have to rely more on food from countries that don't have the same labor and environmental laws.

"We designed the bill to move as much water down south to our farms and to our cities as possible without making any fundamental changes to the environmental law," McCarthy said.

Republicans focused on how more water flowing out to the ocean should be captured for agriculture. Democrats said that would upset the balance of the delta, harming both the environment and the quality of the drinking water.

"If that fresh water doesn't run through and run out to the ocean, the salt water runs back in. I have two major cities in my district that rely on that for a source of water," said Democratic Rep Mike Thompson. "If this bill were to pass, their water supply is in jeopardy. You can't drink salt water. It just doesn't work."

The White House said it strongly opposes the bill and argued that dictating operational decisions for the state's water distribution systems could limit water supplies. Other provisions would likely result in the resumption of costly litigation, said a statement from the White House Office of Management and Budget.

"Much of the bill contains provisions that have little connection to the ongoing drought," the statement said.