Marin County officials said they were notified late Monday night by the state that the planned move to enter the next phase of reopening has been delayed.

NOVATO, Calif. - Several businesses, hammered financially by the coronavirus shutdown, will have to wait to reopen in Marin County.

In a statement, Marin County officials said they were notified late Monday night by the state that the planned move to enter the next phase of reopening has been delayed.

The county will remain in the most restrictive status as the state conducts "further review," the county said.

This will obviously be a letdown for businesses who were told last week by the California Department of Public Health that they could move up a level.

“This decision is a gut check for residents and businesses,” said Angela Nicholson, assistant county administrator and director of Marin’s Emergency Operations Center. “We’ve been working together to flatten our curve. Every day we see the negative effect on the emotional and economic wellbeing of our neighbors and community.” 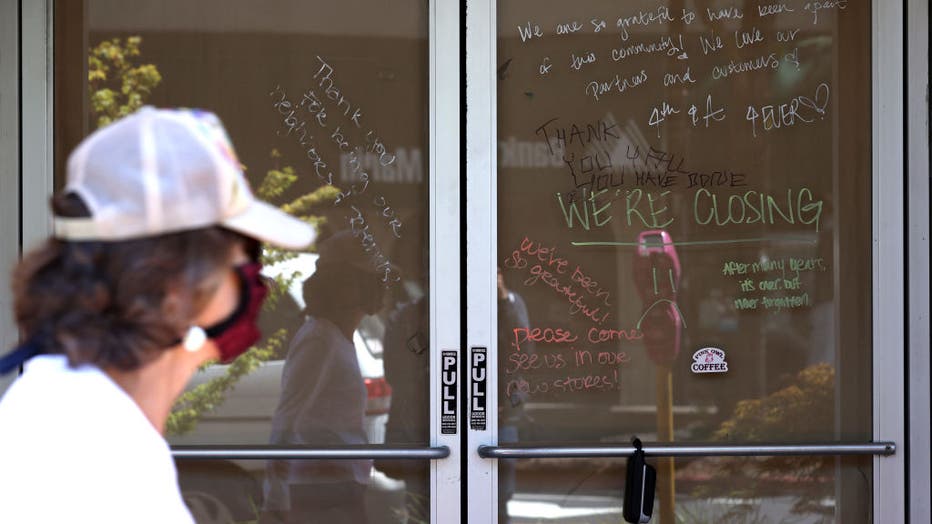 A pedestrian walks by a closed Starbucks Coffee on July 14, 2020 in San Rafael, California. Photo by Justin Sullivan/Getty Images)

The decision comes after the state reanalyzed its data and applied a new method for determining a county’s position on the four-tiered monitoring framework, the county said. The new approach includes a different timeframe for calculating a county’s case rate and a new adjustment for counties testing more than the state average, which the health department plans to introduce this week.

“We want to move carefully and base our decisions on local data.” said Marin County Health Officer Dr. Matt Willis. “We’re well prepared to move forward, but ultimately this is the state’s decision. In the new framework the state has a lot more control about what moves and what doesn’t.

Marin Public Heath has requested an adjucation process with state officials before a final determination is made.

“We requested a review because if we don’t move forward yet, we want to make sure it's for the right reasons,” Willis said.

Willis said smaller counties like Marin who are on the cusp of one tier and another are more vulnerable to slight changes in the case measurement process and small outbreaks.

“One cluster of cases in a facility leads to a clear spike in countywide case rates," he said.

A final determination of the status regarding Marin’s tier standing is anticipated before the end of the week.