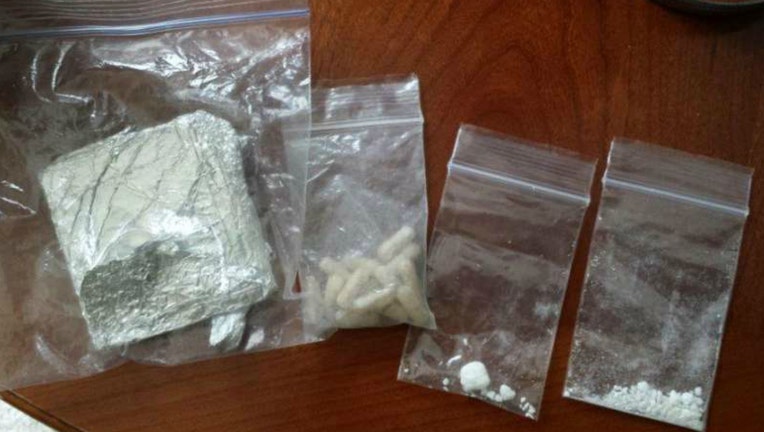 MARTINEZ, Calif. - The Contra Costa County District Attorney announced on Thursday that after a pilot program, her office will no longer file charges against most people arrested or cited solely for the possession of small amounts of drugs.

Diana Becton said the idea is to divert low-level recreational users out of the criminal justice system and into the health care system with the goals of both reducing the strain in the courts and on law enforcement, and also by providing treatment options.

The new, formal policy allows the DA’s office to focus its efforts, she said, on cases that may pose significant public safety concerns such as criminal street gangs, drug dealers, violent criminals, and cases involving firearms. She said she will periodically review this policy to see if it is effective and working.

“We cannot prosecute ourselves out of this growing trend of low-level offenses being submitted to our Office for a filing decision,” said Becton, who used to be a judge before being elected to District Attorney.

In a statement, Becton said she and Public Defender Robin Lipetzky were contacted by the presiding judge of the court who stressed the need to reduce the significant backlog of low-level, non-violent misdemeanors in the court system.

The backlog of cases was slowing down court operations, the judge told them, and was becoming a huge budget burden.

Becton added that her decision also comes after significant changes in the laws around personal drug use. However, she also added that it may not work in all cases. She pointed out a few examples: If the person has been arrested on three previous occasions in the past year for a misdemeanor drug offense, the theft is more than $300 in value, or the subject is on probation.

Contra Costa County Sheriff David Livingston and the county police chiefs told KTVU they were not aware of this formal policy change by the DA’s Office until given a copy of the news release on Thursday.

And while Livingston said he is seeking more clarification, in general, he said: “I support treatment when it works. But every citizen who has had their car broken into, their home burglarized or property stolen should know the vast majority of those crimes are committed by so-called 'low-level' drug offenders.”

Livingston added: “I worry more about the victims than I do about the criminals.”

For the last several years, the San Francisco District Attorney has been engaging in an even more liberal program. People who are found to be in possession of a small amount of drugs won't even be arrested, said DA spokesman Alex Bastian. Instead, if they choose, they can get right into an addiction program with the Department of Public Health instead of getting booked or prosecuted at all.

This is not the first criminal justice reform that Becton has pushed in recent months.

Last week, Becton, along with other district attorneys, including Chesa Boudin of San Francisco, held a news conference to announce the formation of a “progressive law enforcement association.” Their group, which they are calling the Prosecutors Alliance of California, aims to lobby for criminal justice reform in the state Legislature, with an eye on “modern and sustainable approaches to achieving safety and community health.”

And last month, Becton said her office would review "all available evidence," including body camera video, before charging a resisting arrest case.

However, her office is continuing to pursue such a case against Roosevelt Tarlesson, who prosecutors allege became violent and would not leave the courtroom during a child support hearing 18 months ago. In the process of subduing him, a deputy choked him unconscious. There is no body camera video in this case and a key witness who testified said she did not consider Tarlesson a threat. For his part, Tarlesson said he told the deputy to shut up, but he never acted in any physically threatening way.

Last week, a jury came back hung on Tarlesson's guilt.

But he is not yet off the hook. There is a court date set for Oct. 30 to set a date for a new trial.

Becton's spokesman Scott Alonso the DA is currently reviewing its "next steps. Our burden is to prove this case beyond a reasonable doubt and we will determine the next course of action."