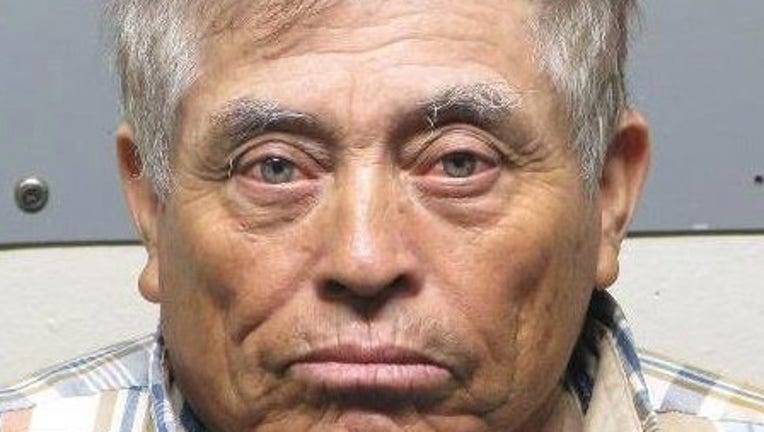 RICHMOND, Calf. - An inmate at the West County Detention Facility in Richmond was found dead of an apparent suicide Wednesday afternoon, sheriff's officials said, making him the 19th death at the facility since 2014 and at least the ninth suicide in that time period, a review of autopsies show.

Enrique Pina, 72, of Walnut Creek was found around 1:40 p.m. hanging by a bedsheet attached to his bunk.   Sheriff's officials said Pina was in jail after being arrested Sept. 24, 2018, on suspicion of sex offenses against a child. Pina was charged Sept. 27, 2018, by county prosecutors and was being held on $4.8 million bail. Pina was formerly a groundskeeper at Palmer School near Walnut Creek.

Pina was suffering from a terminal illness, according the sheriff's office. Sheriff's officials said Pina was evaluated in September by a mental health clinician and was cleared to remain in the module where he was staying. Contra Costa Health Services was monitoring Pina.

According to a 2 Investigates review of coroner's reports stemming from Jan. 1, 2014, a total of 19 people have died in jail at Contra Costa County jails, which includes Pina. At least nine, or nearly 50 percent, have committed suicide, the data shows. The number could be higher as four autopsies have not yet been made public.

The suicide rate in Contra Costa County jails is higher than the rate in Alameda County, where the suicide rate is 35 percent, the 2 Investigates data shows. Santa Rita Jail in Dublin, however, has a higher overall jail death rate.

"While we strive for no inmate deaths at our detention facilities, it is important to note that many of the arrestees that get booked into our facilities have pre-existing untreated medical and mental health issues," said sheriff spokesman, Jimmy Lee.

He said that the jail has taken measures including recently adding some "ligature-resistant" beds in one of the modules at the Martinez Detention Facility and added new mental health evaluation rooms.

Lee said that jail staff has also been working with Contra Costa Health Services and the Prison Law Office to implement "best practices" in health and psychological care service delivery.

Prison Law Office Executive Director Don Specter confirmed his Berkeley-based nonprofit advocacy group has been working with the jail for the last couple of years to improve these types of health care services, and as one indicator, the jail has moved about 100 people out of isolation. Now there are only about five inmates there, he said.

According to the Marshall Project, one reason why jails have a higher suicide rate (46 per 100,000 in 2013) than prisons (15 per 100,000) is that people who enter a jail often face a first-time “shock of confinement”; they are stripped of their job, housing, and basic sense of normalcy. Many commit suicide before they have been convicted at all. According to the Bureau of Justice Statitics report, those rates are seven times higher than for convicted inmates.

San Francisco-based attorney Michael Bien, a prison reform expert, said he also believes that suicide rates are high in jails and in prisons because inmates are getting arrested when they should be getting diverted into mental health programs. And while incarcerated, Bien said, most inmates are not getting the psychiatric help they need. Bien's firm, Rosen, Bien, Galvan & Grunfeld, have sued the state prison system as well as individual jails over these very issues.

The names of the inmates who have committed suicide in Contra Costa County jails since 2014 include: