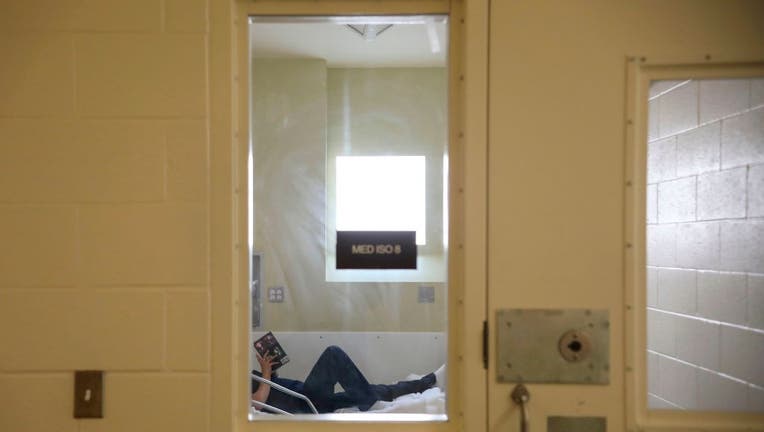 SACRAMENTO, Calif. - The state agency charged with California's prison oversight on Thursday issued a damning report, finding that authorities did not listen to an incarcerated person's complaints that guards were not wearing masks during the pandemic – something that is part of a larger issue regarding the department’s failure to seriously investigate allegations of staff misconduct.

The Office of Inspector General found that guards at one Northern California prison, which it wouldn't name, "conducted a woefully inadequate and biased inquiry and made incorrect findings," after an incarcerated person complained about 20 times that he saw various guards not wearing masks.

The incarcerated man documented each time that he saw various guards who were spotted not wearing masks and the prison staff actually confirmed that those people were working at that time in November 2020, according to the OIG, which is headed by Inspector General Roy Wesley.

For example, the person alleged:

It turns out that the prison officials did indeed interview the man who complained and 16 other witnesses.

But the "interviews were deficient," the Inspector General found. "Investigators did not adequately address the incidents described by the incarcerated person in his letter; instead, they asked mostly general questions about how staff were doing and were focused on gathering information to exonerate staff members."

To date, 224 incarcerated people have died of COVID since March 2020; the majority occurring at San Quentin and the California Institute for Men in Chino, according to data provided by the prison.

The Inspector General issued a special report on this mask issue because the agency found that the prison system’s handling of a case was "unusually poor, involving serious errors, even after it has had a chance to repair the damage."A request for comment by the California Department of Corrections and Rehabilitation was not immediately returned.

This mask issue is part of a larger problem, the OIG pointed out.

Within the last two years, the office found that this yet another example of CDCR to "seriously investigate allegations of staff misconduct made by incarcerated persons and also of prison investigators conducting severely inadequate inquiries and investigations into alleged staff misconduct."

"What we find most troubling, however, is the conclusion that there was "no evidence" to prove staff members did not comply with the facecovering order," the Inspector General wrote. "This is not true."