An Amber Alert and keen eyes by San Luis Obispo County motorists are credited with ending a child abduction case.

SAN JOSE, Calif. - Employees and customers at a Central California gas station confronted a San Jose kidnapping suspect in the parking lot, putting him in a chokehold and holding him for authorities, who ended up arresting the father and freeing his 2-year-old daughter.

What she and some of the others didn’t fully take into Monday morning, was that Victor Magana, 24, was considered “armed and dangerous” and had fled from San Jose hours before, after police said he allegedly stabbed his ex-girlfriend and kidnapped their toddler Sunday about 10 p.m.

Employees and customers at a Central California gas station confronted a San Jose kidnapping suspect in the parking lot, putting him in a chokehold and holding him for authorities, who ended up arresting the father and freeing his 2-year-old daughter.

Hall, like others, had received an Amber Alert about the case and filed it away in her memory.

She just didn’t realize she’d come face to face with the suspect at her place of work three hours away from San Jose.

Magana had bought something at the register, but Hall said she didn’t recognized him at first.

He then went out into the parking lot and several customers recognized the description of his 2007 green Hyundai and his license plate that police had issued.

Also, Hall said Magana was smashing a rock into the window of his SUV. He was yelling about locking his keys in the car and that his daughter hadn’t eaten in six hours, Hall said.

Four men in the parking lot blocked him in and confronted him, she said. It seemed like about 20 minutes. Then, she said her boss, Eric Johnson, came out of the shop and put Magana into a “chokehold,” a technique he learned while being a security guard at a pizza parlor.

"He's a strong man and he got him," she said. To Hall, it seemed like Johnson kept Magana in that position for nearly 10 more minutes.

“It was pretty hairy,” she said.

She took out her camera to document what was going on and called for someone to get zip ties to help hold the suspect down. By that time, she said, police had arrived and took Magana into custody. She filmed video of the arrest.

San Jose Police Sgt. Enrique Garcia said the 2-year-old was safe and didn’t provide too many other details about her condition.

Her mother had been taken to the hospital the night before with life-threatening injuries, Garcia said. She had been stabbed at least once in the 500 block of South 11 Street.

Neighbor Andrew Torres said his roommates heard her screaming "Help, help, he's trying to kill me." His roommates also saw her hopping over a fence and then stumble over to his car, where his friend tried to stop her from bleeding.  By that time, Torres said, her boyfriend was gone.

Police said Magana drove off with the child, whom he shares joint custody with the stabbing victim.

He will be transferred back to the San Jose Police Department and will likely face charges of attempted murder and kidnapping, among other violations, authorities said.

And while the manhunt was terrifying for the family, Garcia noted that at least the girl wasn't harmed.

“The child is safe — that was our primary concern,” he said.  The child is with child protective services until they determine which relative will care for her until her mom recovers. 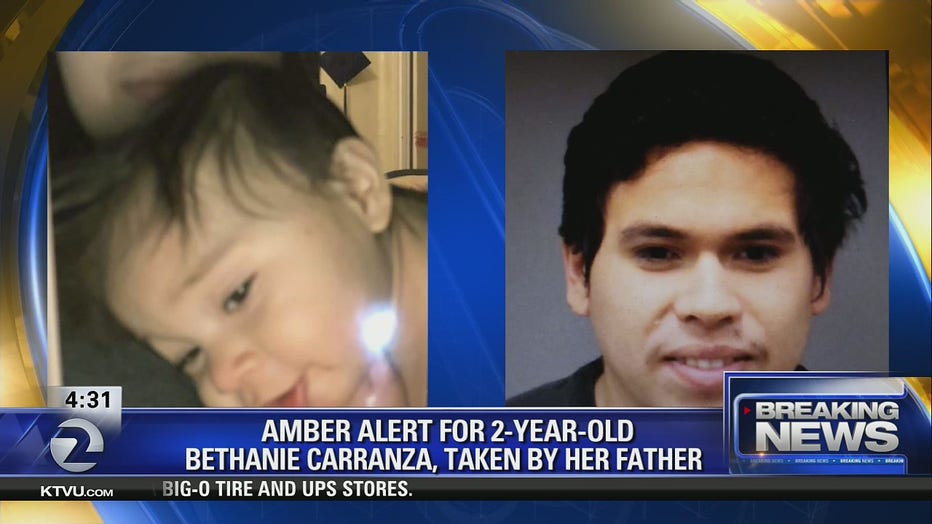 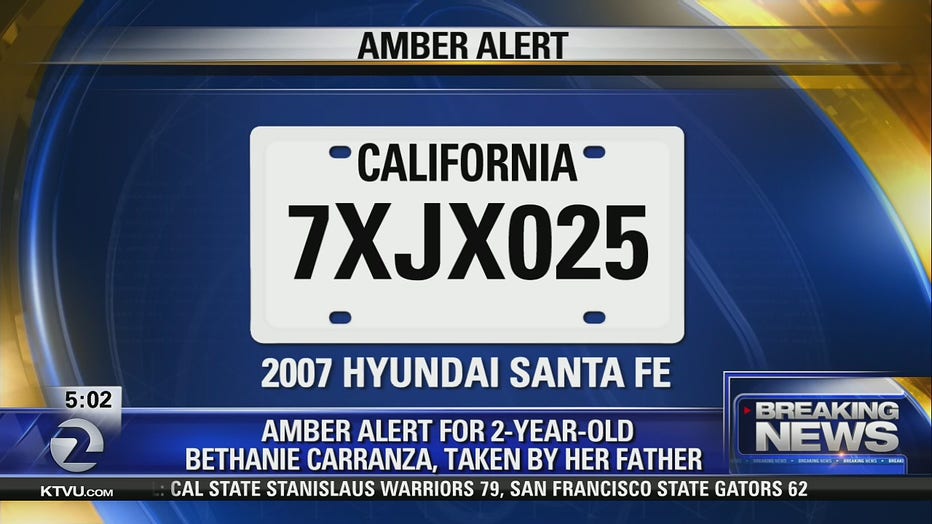 Victor Magana was was last seen leaving the area in a green 2007 Hyundai, Sante Fe with a California license plate of 7XJX025.

San Jose police say Victor Magana stabbed his girlfriend before taking off with their 2-year-old daughter. The scene is still active this morning in the 500 block of South 11th Street . Dec. 17, 2019

San Jose police say Victor Magana stabbed his girlfriend before taking off with their 2-year-old daughter. The scene is still active this morning in the 500 block of South 11th Street. Dec. 17, 2019