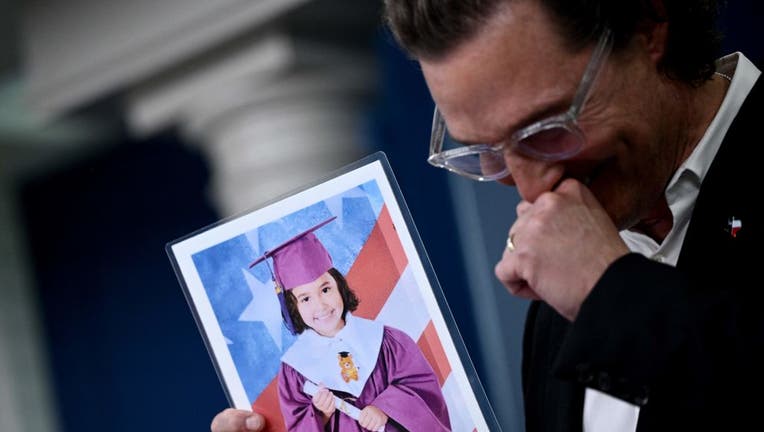 TOPSHOT - US actor Matthew McConaughey holds a photo of Alithia Ramirez, a 10 year old student who was killed in the mass shooting at Robb Elementary School, while speaking during the daily briefing in the James S Brady Press Briefing Room of the Whi

The "Interstellar" star uploaded a black and white video of him and wife Camila Alves visiting members of Congress and President Biden as he continues to bring awareness to gun laws.

"This is and was about gun responsibility," the video began. "Camila and I met with over 30 members across both parties. We met with leaders of the Senate, the House and the president."

"This is about mental health, safer schools and keeping guns out of the irresponsible hands that, by rule of law, still have access to them today," the actor added.

"The solution must come from both sides."

In the video, McConaughey and his wife are seen talking with various government officials, including Sen. Chuck Grassley, R-Iowa, and Sen. Nancy Pelosi, D-California.

"For ourselves, our children, Republicans, Democrats and our fellow Americans … it's time to be responsible," the video concluded.

In early June, McConaughey made a trip to the White House to give an emotional plea to challenge gun ownership laws during a press briefing. 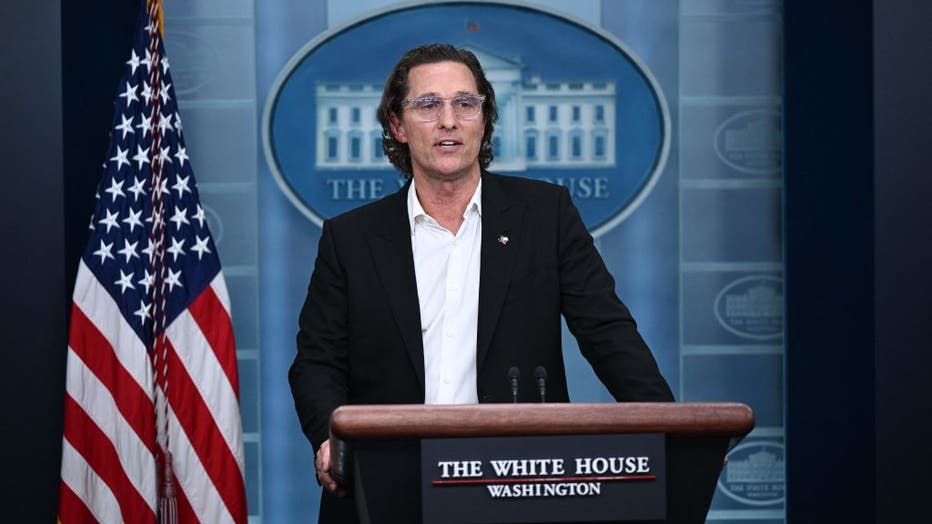 US actor Matthew McConaughey speaks during the daily briefing in the James S Brady Press Briefing Room of the White House in Washington, DC, on June 7, 2022. - McConaughey, a native of Uvalde, Texas, has been meeting with Senators to discuss gun cont

The 52-year-old actor is a native of Uvalde, Texas, where 19 students and two teachers were killed by 18-year-old Salvador Ramos during a shooting at Robb Elementary May 24.

McConaughey said gun ownership should be a "nonpartisan" issue as he argued that "people in power have failed to act."

"We need background checks," he said from a lectern while suggesting changes to what he described as outdated gun laws. "We need to raise the minimum age to purchase an AR-15 rifle to 21. We need a waiting period for those rifles. We need red flag laws and consequences for those who abuse them."

"How can the loss of these lives matter?" he reflected. "We need to recognize that this time it seems something is different."

McConaughey said it was imperative that elected officials "on both sides of the aisle" speak with each other to find solutions for the American people.

"We are in a window of opportunity right now that we have not been in before. A window where it seems like real change, real change can happen," he said.

He recalled learning "responsible gun ownership" while growing up in the small south Texas town, roughly 80 miles outside of Austin.

McConaughey argued "responsible gun owners are fed up by the Second Amendment being abused and hijacked by some deranged individuals" and suggested that "both sides see above the political problem at hand."

"Let's come to the common table that represents the American people," he said. "America — you and me — we are not as divided as we are being told we are. No."

The shooting in Uvalde, Texas, is the third most deadly school shooting in American history, following the Sandy Hook Elementary School shooting, where 28 people were killed in 2012, and the Virginia Tech shooting, in 2007, where 33 people died.