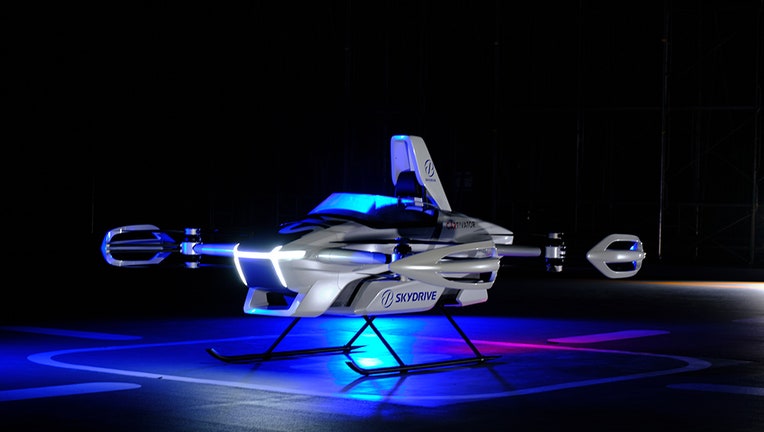 TOKYO - The decades-old dream of zipping around in the sky as simply as driving on highways may be becoming less illusory.

Japan’s SkyDrive Inc., among the myriads of “flying car” projects around the world, has carried out a successful though modest test flight with one person aboard.

In a video shown to reporters on Friday, a contraption that looked like a slick motorcycle with propellers lifted several feet (1-2 meters) off the ground, and hovered in a netted area for four minutes.

Tomohiro Fukuzawa, who heads the SkyDrive effort, said he hopes “the flying car” can be made into a real-life product by 2023, but he acknowledged that making it safe was critical.

“Of the world’s more than 100 flying car projects, only a handful has succeeded with a person on board,” he told The Associated Press. 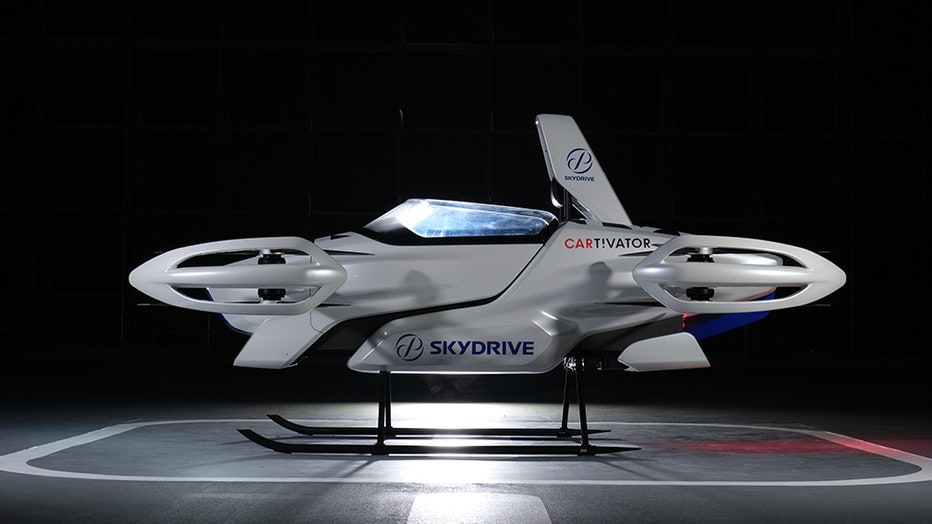 “I hope many people will want to ride it and feel safe.”

The machine so far can fly for just five to 10 minutes but if that can become 30 minutes, it will have more potential, including exports to places like China, Fukuzawa said.

They could do away with the hassle of airports and traffic jams and the cost of hiring pilots, they could fly automatically.

Battery sizes, air traffic control and other infrastructure issues are among the many potential challenges to commercializing them. 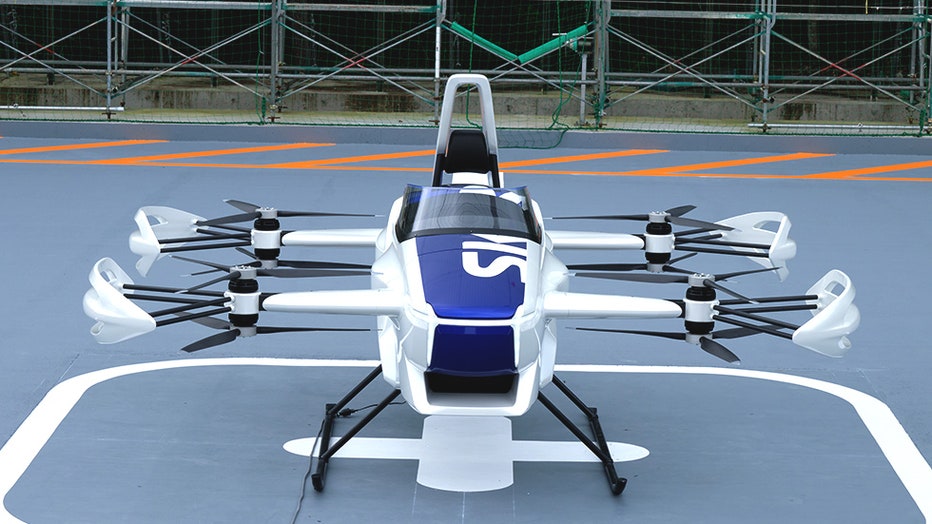 “Many things have to happen,” said Sanjiv Singh, professor at the Robotics Institute at Carnegie Mellon University, who co-founded Near Earth Autonomy, near Pittsburgh, which is also working on an eVTOL aircraft.

A demonstration flight three years ago went poorly. But it has improved and the project recently received another round of funding, of 3.9 billion yen ($37 million), including from the Development Bank of Japan. 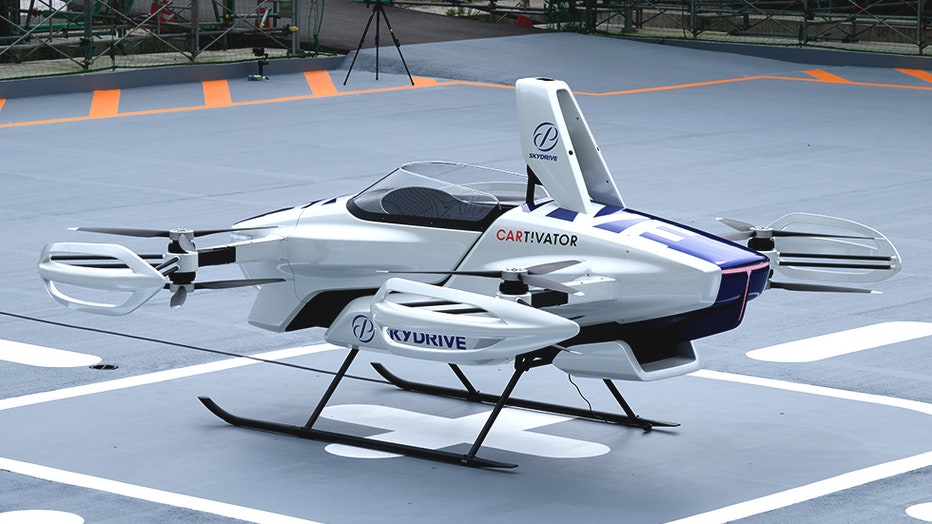 The Japanese government is bullish on “the Jetsons” vision, with a “road map” for business services by 2023, and expanded commercial use by the 2030s, stressing its potential for connecting remote areas and providing lifelines in disasters.

Experts compare the buzz over flying cars to the days when the aviation industry got started with the Wright Brothers and the auto industry with the Ford Model T.

Lilium of Germany, Joby Aviation in California and Wisk, a joint venture between Boeing Co. and Kitty Hawk Corp., are also working on eVTOL projects.

“But the time between technology and social adoption might be more compressed for eVTOL vehicles,” he said.

Chisato Tanaka contributed to this report.