An investigation remains underway after a shooting left one nurse assistant dead and 2 officers injured at Jefferson Hospital.

The incident began shortly after midnight when officers rushed to the hospital for reports of a shooting inside.

Family members have identified the victim as Anrae James. James is survived by his wife and three children.

"He was a working, making an honest living for his wife and three children and they get a phone call 2 o’clock in the morning that he’s been shot and killed at work," his father, William James, said. "Right now I ain’t running on nothing but the strength of God that’s all I got right now." 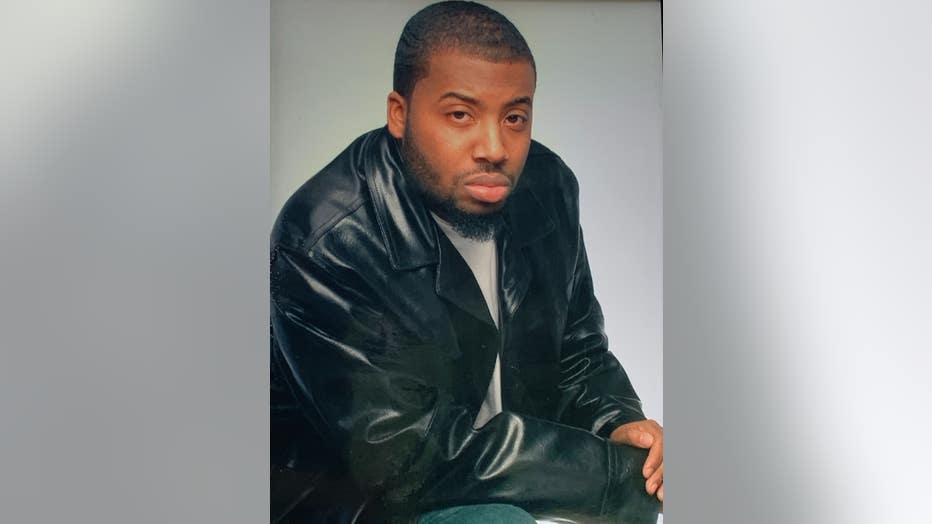 Following the shooting, Hayes fled the scene in a U-Haul vehicle. About an hour after the shooting a passerby flagged down 16th District police officers at the School of the Future at 40th and Parkside.

The passerby informed officers that there was a man in scrubs armed with a long gun who was potentially firing shots into the air, according to Philadelphia Police Commissioner Danielle Outlaw. 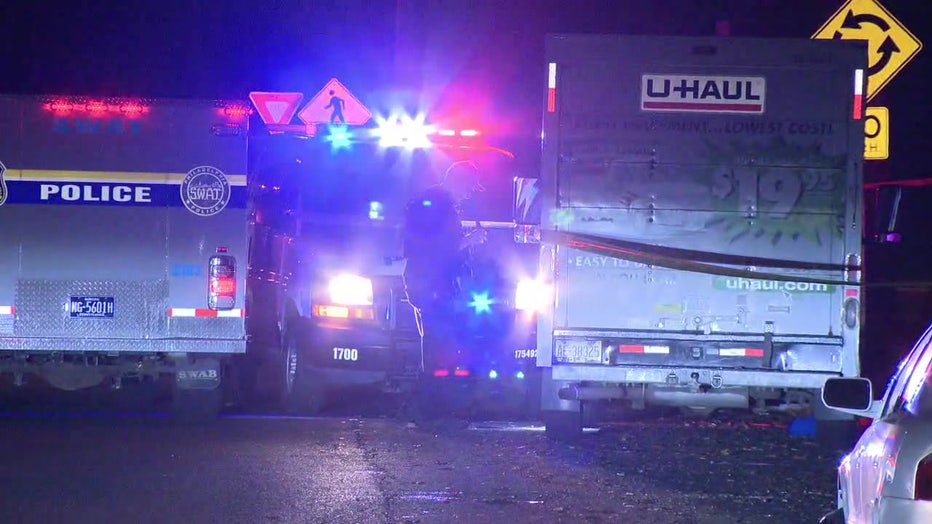 Officers received a tip that the suspect was armed near the School of the Future in West Philadelphia.

Commissioner Outlaw says Hayes began firing at the officers, and all four returned fire. Two officers were struck by gunfire during the shootout.

Hayes was also shot during the exchange of gunfire. He was struck in the upper body and in the neck. He was listed in critical condition but is expected to survive.

Commissioner Outlaw says Hayes was wearing body armor and was carrying multiple weapons, including a handgun and a long gun that is believed to be an AR-15. FOX 29’s Steve Keeley reports that 55-80 rounds were fired by the suspect during the shootout with police.

Both guns were recovered from the scene where dozens of evidence markers could be seen as daylight broke Monday.

Police have said Hayes worked at Thomas Jefferson University Hospital with James. Police sources say the suspected shooter went to the 9th floor, walked past at least 50 people wearing scrubs and a mask while carrying a bag full of guns. He walked up to James, stood over him, and started firing, according to sources. Police have not announced a motive. James is believed to have been the intended target.

Family members have identified the man police say was shot and killed by a coworker inside Thomas Jefferson University Hospital as a married father of three.

Outlaw says it is not yet known if Hayes was on duty at the hospital at the time of the shooting, but that he did enter the building in scrubs.

The commissioner also commented on the number of deadly shootings the city has seen so far in 2021, and especially in recent weeks.

"The numbers are staggering, it is heartbreaking in a lot of cases. There are a lot of juveniles involved, but it's not going to stop us from doing what we all signed up to do. One homicide is one too many. Active shooter situations are typically incidents that happen far and few in between, but now we're seeing what we could call an active shooter – something that's happened Friday and early Monday morning… It's not supposed to happen this close together, but we were all prepared to respond quickly and deal with it and that is what we will continue to do," Commissioner Outlaw said.

FOX 29's Steve Keeley and Shaynah Ferreira have the latest details on the shooting live from both scenes in West Philadelphia and outside Jefferson Hospital.

In a statement released by Jefferson Hospital they highlighted how devastated they were by the incident but also stressed the importance they place on safety as well. " Safety and security is a top priority for Jefferson. A thorough review will take place to ensure best practices in our safety protocols for all Jefferson facilities," hospital officials wrote.

The statement reads in part:

"Today, we mourn our colleague who died early this morning during a gun violence incident at Thomas Jefferson University Hospital. There is a flood of sadness for all of us. Our hearts are broken as we stand together to remember our colleague and recognize his teammates who tried to save him and protect other patients in the area. We also value the bravery of our security guards, as well as Philadelphia police who were injured in apprehending the suspect. You are all heroes. We stand united against violence. Today, we stand with each other, offer an extra measure of grace to each other, and encourage employees to reach out for help if they, or a colleague is in distress."

Jefferson Hospital then stated that they will offer counseling for impacted employees and patients. They also shared that they are working closely with law enforcement as an investigation continues.

In an interview with Good Day Philadelphia, the James family spoke with FOX 29's Mike Jerrick. During the course of the interview, they described Anrae James as a "wonderful" family man who was doing everything he was supposed to be doing. Outraged and devastated, the family also made calls for answers to explain why the tragedy happened and how it occurred.

School of the Future switched to virtual learning for the day Monday, as police continue to process the shooting scene.

'A tragedy violence came to the workplace’: National Union of Hospital and Healthcare Employees react to deadly shooting at Jefferson Hospital