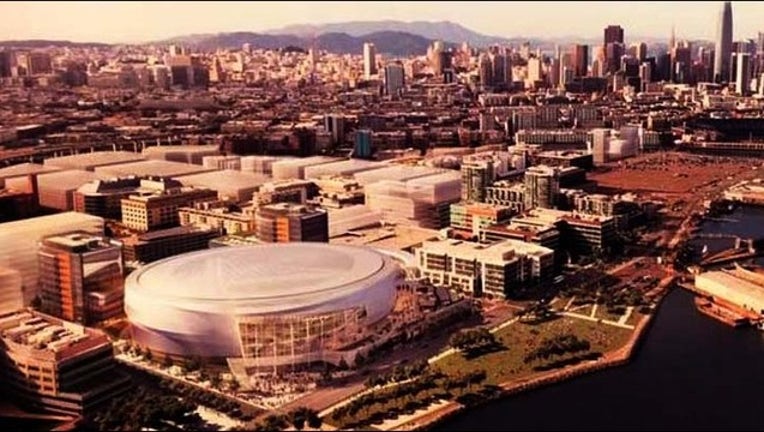 SAN FRANCISCO (AP) - Golden State Warriors President Rick Welts says the team has reached a naming-rights deal with JPMorgan Chase for a new arena to be built in San Francisco.

The San Francisco Chronicle reports (http://sfg.ly/1JGTR67) Welts said Wednesday the 18,000-seat arena will be called the Chase Center. It is set to open by the 2019-20 NBA season.

The naming-rights agreement comes as a group of donors to UCSF pursue two lawsuits against the arena development project.

The alliance argues the arena will have a negative impact on the UCSF Medical Center in the Mission Bay neighborhood, which opened in November 2014.