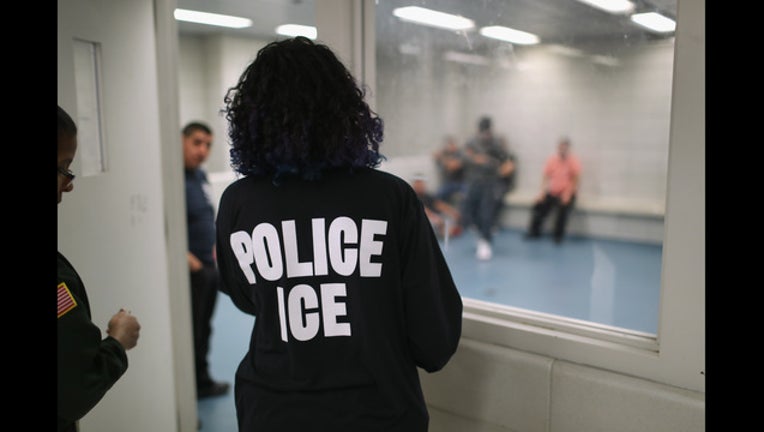 File art - A federal judge has freed a Somali immigrant who was held for nine months in a New Hampshire jail without a hearing.(Photo by John Moore/Getty Images)

DOVER, N.H. (AP) - A federal judge has freed a Somali immigrant who was held for nine months in a New Hampshire jail without a hearing.

Hussein entered the country lawfully in 1996 as a Somali refugee and became a permanent resident a year later. He is a tractor-trailer driver in Portland, which has a vibrant Somali community.

ICE detained him in March because he was convicted in 2002 and sentenced to probation for possessing khat, a leafy stimulant grown in East Africa that's illegal in the U.S. He ended up in the Dover correctional facility, one of six places in New England for ICE detainees.

The ACLU's Immigrants' Rights Project in New Hampshire brought the lawsuit last month that led to Hussein's being reunited with his family.

"Every person in this country has the right to due process. Cases like this are exactly why we formed the ACLU-NH Immigrants' Rights Project, and we are happy to see Mr. Hussein reunited with loved ones," said Devon Chaffee of ACLU New Hampshire.

There are others in Hussein's situation, and a similar case is being decided by the U.S. Supreme Court, his attorneys have said.