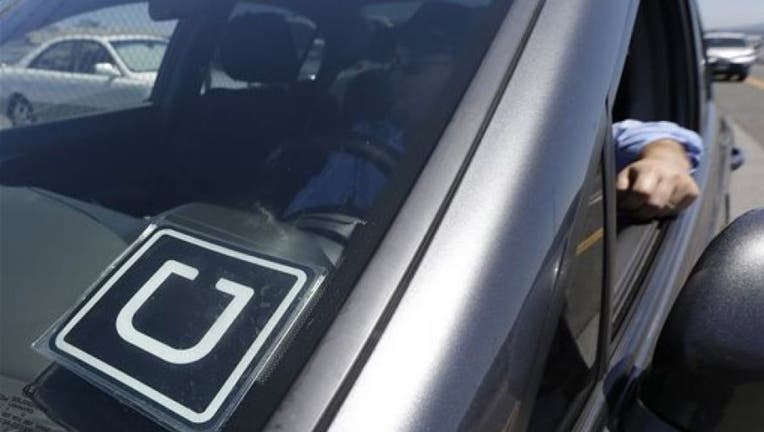 U.S. District Judge Dolly Gee in Los Angeles denied the companies' request for a preliminary injunction protecting them from the law aimed at giving wage and benefit protections to people who work as independent contractors.

With that decision, "it is now the responsibility of California to enforce the law on behalf of these workers,” Democratic Assemblywoman Lorena Gonzalez of San Diego, who wrote the law, said in a tweet after the ruling.

The companies contend that the law that took effect Jan. 1 violates federal and state constitutional guarantees of equal protection and due process. It created the nation's strictest test by which workers must be considered employees, which could set a precedent for other states.

Uber said it is considering whether to appeal. The two companies are among those also collecting signatures for a measure on the November ballot that would exempt them while giving drivers new benefits like health care and an earnings guarantee of 120% of minimum wage.

State lawmakers passed the law “using a biased and overtly political process that ignored the voices of the workers most affected by the law and granted preferential treatment to an arbitrary group of industries,” Uber said in a statement.

The lawsuit argues that the law exempts some industries but includes ride-hail and delivery companies without a rational basis for distinguishing between them. It says that the law also infringes on workers' rights to choose how they make a living and could void their existing contracts.

Gee rejected all those arguments.

The judge agreed that there is evidence that the law “targeted” the companies and that some state lawmakers “specifically complained about Uber.”

"But such targeting, even if it rises to the level of animus toward gig economy companies, does not establish an Equal Protection violation," Gee wrote, given that the law also “addresses legitimate concerns” about the harmful misclassification of workers “in many industries, not just the gig economy.”

The law is intended to extend employee rights to more than a million California workers who lack benefits like a minimum wage, mileage reimbursements, paid sick leave, medical coverage and disability pay for on-the-job injuries.

Another judge blocked the law from applying to independent truckers on the grounds that the state law is preempted by federal law when it comes to their profession.

A third judge is scheduled to consider next month whether to temporarily block the law from applying to freelance writers and photographers. But Gonzalez last week said she intends to seek changes to the law as it applies to freelancers and is considering changes for musicians.