A three-month-old baby who was kidnapped from San Jose was found on Tuesday and three suspects were taken into custody. James Torrez reports

SAN JOSE, Calif. - San Jose police were able to announce the good news that a three-month-old baby had been found safe, nearly 20 hours after he had been abducted.

But confusion and a bit of mystery surrounded a 2011 Silver Nissan Quest, which appeared to have led authorities to the discovery of baby Brandon Cuellar about 9:30 a.m. Tuesday morning.

At 5 a.m., the California Highway Patrol shared an image of the Quest that they said was the possible suspect vehicle involved in the kidnap of the baby. The CHP also noted that the van had a white sticker in the back window.

But then about 90 minutes later, San Jose police said they couldn't confirm what the CHP was making public and soon afterward, the CHP pulled the picture of the van from its Twitter feed.

However, about 9 a.m., witness Chris Martinez told KTVU that his co-worker at Canyon Springs Post Acute Care, across from Valley Medical Center, spotted a van that authorities had released a photo of – and then deleted – as the possible suspect getaway car. His co-worker noticed a white sticker and a baby seat in the van, too.

His co-worker then called 911 and the baby was soon found, and taken to the hospital for precautionary measures.

Martinez also saw a male suspect come out of the van and be taken into custody, along with two others.

At a news conference earlier, Sgt. Christian Camarillo said the man seen taking Brandon away from his grandmother's apartment complex at Elm and  McKendrie streets had arrived to the scene with a baby carrier, indicating that the kidnap was premeditated and not random.

Neither San Jose police nor the CHP would discuss what happened.

However, it is commonly known that police don't like to release information until it is formally vetted or because they don't want suspects to know that authorities are after them.

The behind-the-scenes story might never be known in this case. But it is clear that the van Martinez's co-worker spotted led to Brandon's safe return.

At least tother vehicles were seen Tuesday morning also being towed away. They include a white sedan parked near the Nissan Quest and a blue Nissan Pathfinder with Georgia license plates, which was found in the baby's neighborhood. How they are related to the kidnap were not made public. 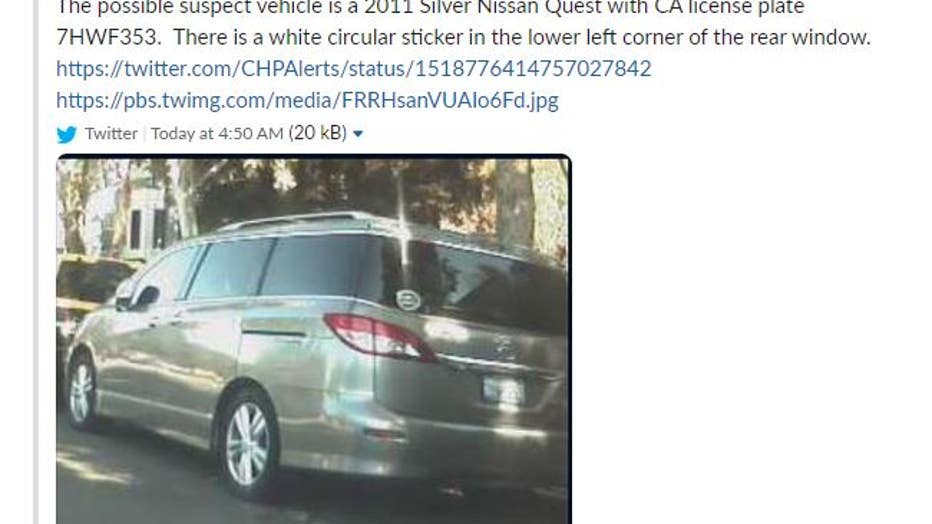 A photo of the suspected kidnap van, which the CHP has since deleted. 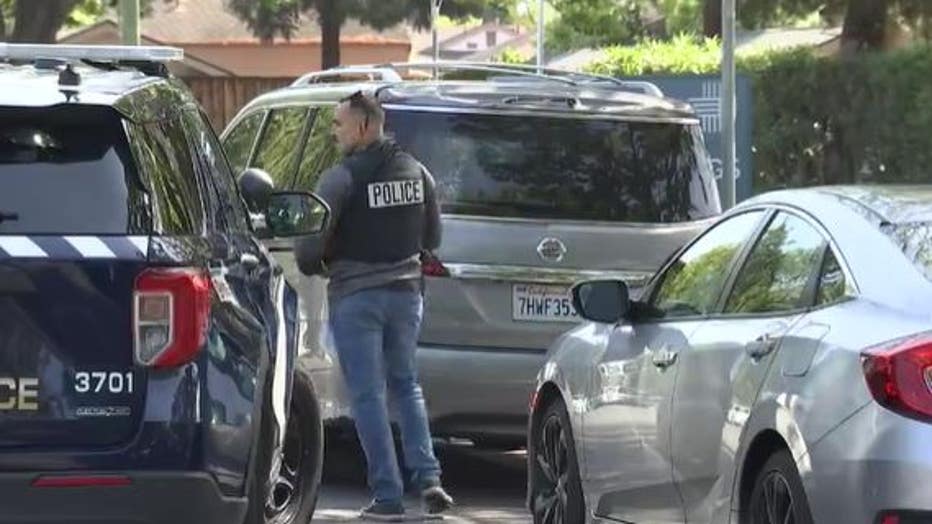