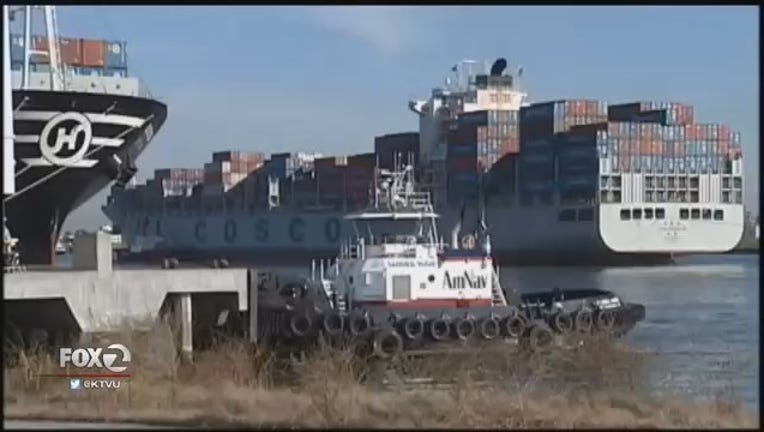 SAN FRANCISCO (AP) -- President Barack Obama is sending his labor secretary to California to meet with both sides in a contract dispute that has affected the flow of goods from Asia into West Coast ports.

A White House spokesman, Eric Schultz, said the president is getting Secretary Tom Perez involved because of concerns about the economic consequences of further delays.

Perez's mission is to meet with the parties and press them to quickly settle their differences at the negotiating table.

The waters off Los Angeles, Oakland and Washington state's Puget Sound have become parking lots for dozens of ships awaiting space at the docks.

Employers are locking out dockworkers who man the cranes that lift cargo on and off ships, saying they have slowed work as a bargaining tactic.

The union denies that.