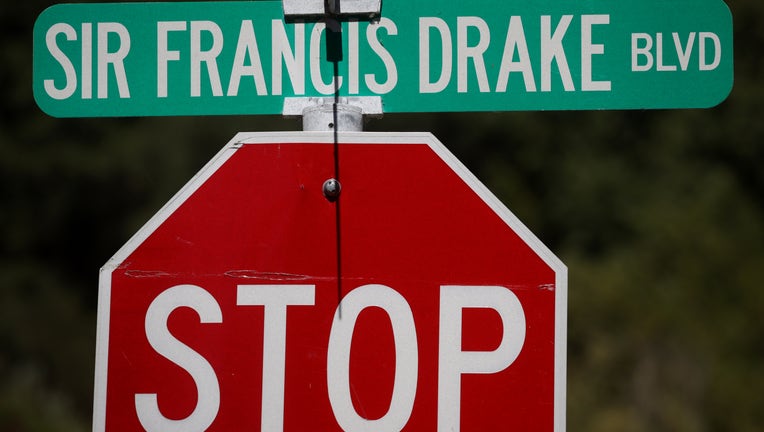 LARKSPUR, Calif. - A learning session will be held Wednesday to present the history
of Sir Francis Drake Boulevard in Marin County as part of a longer discussion about potentially changing the name of the boulevard.

A representative from a local indigenous tribe and a history
professor will be the featured guests for the online learning session, according to the county. The sessions are being held due to a local push to have the boulevard, which runs through five jurisdictions in the county, renamed because of Sir Francis Drake's history as a slave trader.

The learning session, moderated by Chantel Walker from the Marin County Free Library, will take place at 6 p.m. Wednesday. It will be available via Zoom with meeting ID: 924 8372 9278 and password: 798119.

Viewers may also watch the webcast live on the county's main
Facebook page and the Community Media Center of Marin's Education Channel. Comcast TV subscribers may watch on Channel 30 or AT&T 99. Video of the session will later be placed on the library's website.

The meeting is not the only one in Marin County on Wednesday about the legacy of Sir Francis Drake.

There will be a Larkspur City Council meeting the same day to
discuss what should be done with a Sir Francis Drake statue that was temporarily removed last week because protesters were planning to take it down themselves and the city thought that was unsafe.

According to Larkspur City Manager Dan Schwarz, there will be a
series of sessions as well as Wednesday's meeting to decide on future plans for the statue.

The Larkspur council meeting will take place Wednesday at 6:30
p.m. via teleconference only.

Additionally, Sir Francis Drake High School in San Anselmo is also
in the process of being renamed, according to the school's administration.

Community input sessions for the school's new name will be held
Aug. 12 and 25, and Sept. 8. All notes and recordings will also be published online.