Donna and Jasmine Francis-Smith say the experience has brought them closer together as a couple.

LONDON - A British lesbian couple has become the first in history to carry a baby in both of their wombs.

Donna and Jasmine Francis-Smith welcomed their son Otis into the world in November through innovative in vivo fertilization technology called AneVivo.

The “shared motherhood” treatment, which is offered by London Women’s Clinic, involves a fertilized egg being incubated in one mother’s womb, and then being implanted into the other mother. 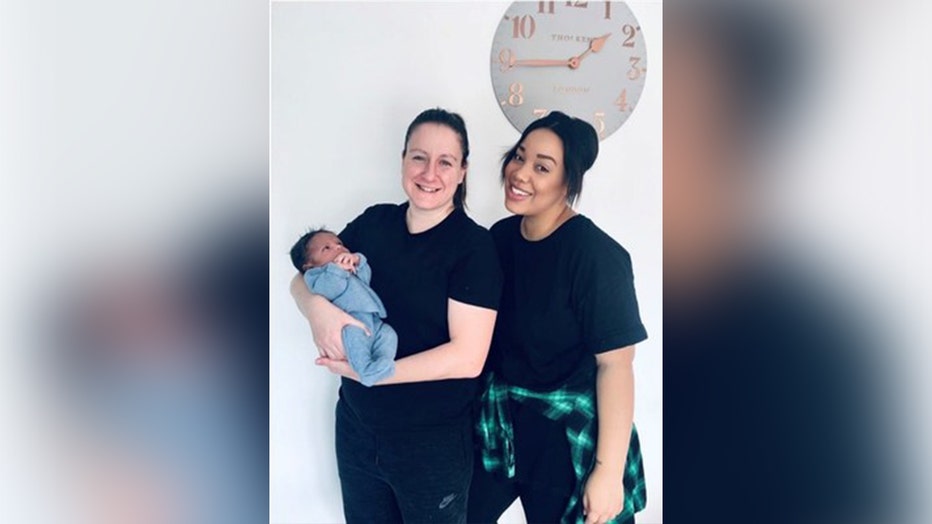 Donna and Jasmine Francis-Smith with their newborn son Otis. (Anecova)

After the egg was incubated, it was taken out of Donna’s womb and then placed into Jasmine’s, making Donna the biological mother, and Jasmine the gestational mother.

One of the biggest benefits of the procedure is that fertilization takes place in a maternal environment, rather than in an artificial environment of an IVF laboratory, which carries more risks, according the developer of the technology, Anecova.

The couple said the entire experience has brought them closer together and that baby Otis is doing “really good.”

“We’re a close couple anyway but we both have a special bond with Otis as well, which was helped by the way we’ve done it,” Donna told The Telegraph.