CAPE CANAVERAL, Fla. - With the pandemic shutting down movie theaters, canceling summer concerts, and putting spectator sporting events on hold, mother nature has stepped up, putting on a show for those looking for a visual treat. 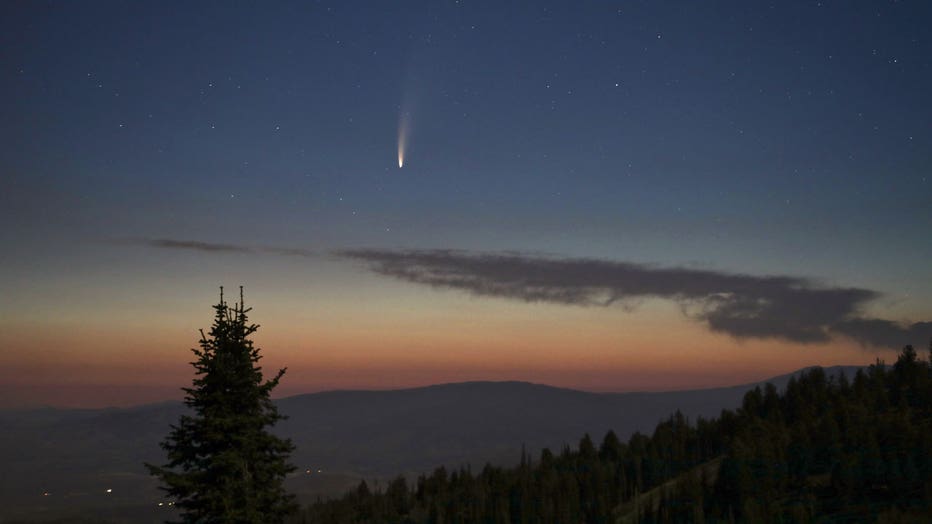 Comet NEOWISE in the pre-dawn skies on July 9, 2020 over Deer Valley, Utah.

A newly discovered comet is streaking past Earth, providing a stunning nighttime display after buzzing the sun and expanding its tail. 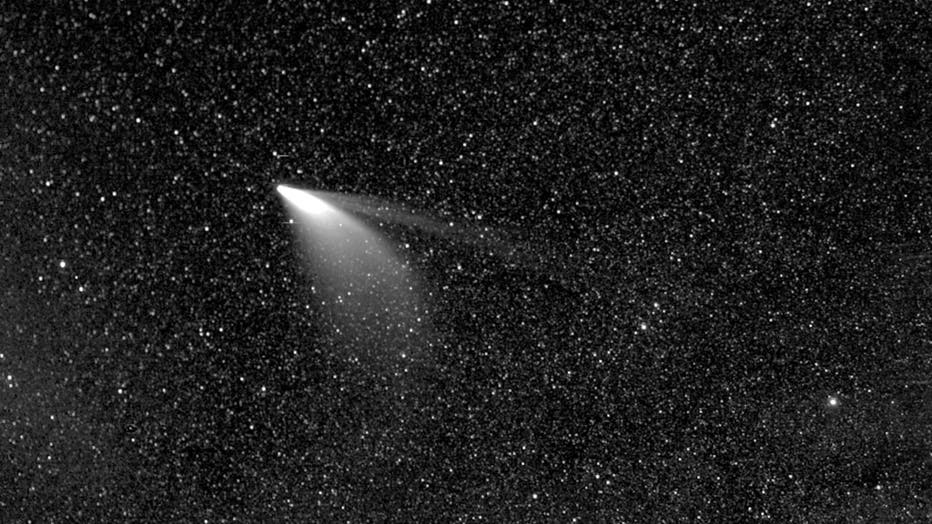 Comet Neowise — the brightest comet visible from the Northern Hemisphere in a quarter-century — swept within Mercury’s orbit earlier this month. Its close proximity to the sun caused dust and gas to burn off its surface and create an even bigger debris tail. Now the comet is headed our way, with closest approach in about a week and a half.

NASA said that the comet should become easier for more people to observe as July goes on, though scientists noted, comets were known to be unpredictable so it's hard to know if this one will remain easy to spot.

"Its closest approach to Earth will be on July 22, at a distance of about 64 million miles (103 million kilometers)," NASA said, adding, "Through about the middle of the month, the comet is visible around 10 degrees above the northeastern horizon (the width of your outstretched fist) in the hour before dawn."

Then from mid-July on, observers will notice that it's best viewed as an evening object, as it will be rising higher above the northwestern horizon. Scientists noted that observers at lower latitudes will see the comet lower in the sky, while it will appear higher for observers farther north.

The comet will be visible across the Northern Hemisphere until mid-August, when it heads back toward the outer solar system. While it’s visible with the naked eye in dark skies with little or no light pollution, binoculars are needed to see the long tail, according to NASA.

Screenshot of an unprocessed image from the WISPR instrument on board NASA’s Parker Solar Probe which shows comet NEOWISE on July 5, 2020, shortly after its closest approach to the Sun. (NASA/Johns Hopkins APL/Naval Research Lab/Parker Solar Probe/Brendan Gallagher)

Scientists involved in the mission said the comet is about 3 miles (5 kilometers) across. Its nucleus is covered with sooty material dating back to the origin of our solar system 4.6 billion years ago.

It will be about 7,000 years before the comet returns, “so I wouldn’t suggest waiting for the next pass,” said the telescope’s deputy principal investigator Joe Masiero of NASA’s Jet Propulsion Laboratory in Pasadena, California.

He said it is the brightest comet since the mid-1990s for stargazers in the Northern Hemisphere.

Astronauts aboard the International Space Station have already caught a glimpse.

NASA’s Bob Behnken shared a spectacular photo of the comet on social media late Thursday, showing central Asia in the background and the space station in the foreground.

“Stars, cities, spaceships, and a comet!” he tweeted from orbit.