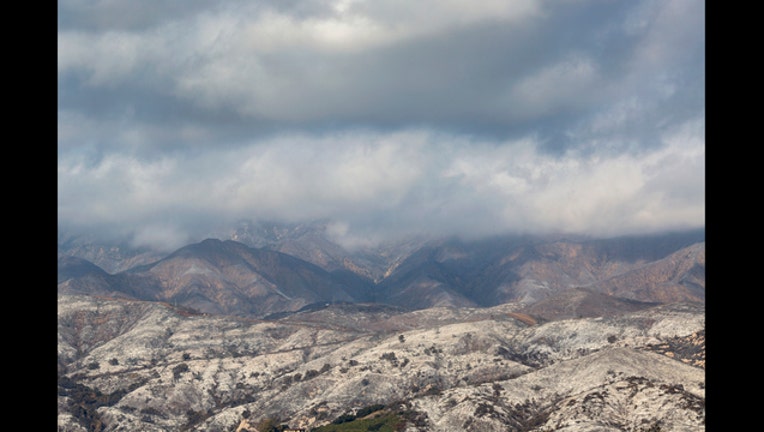 Ashen hillsides that were burned in burned in the Thomas Fire take on a nearly winter-like appearance on December 20, 2017 near Carpinteria, California. (Photo by David McNew/Getty Images)

Officials say the fire is 88 percent contained Tuesday and is not expected to make any further forward progress.

The fire scorched more than 440 square miles of Ventura and Santa Barbara counties, destroyed more than 1,000 structures and damaged 280 others after breaking out Dec. 4.

Fewer than 900 personnel remain on the fire, which once was battled by an army of more than 8,000 firefighters as it became California's largest on record.