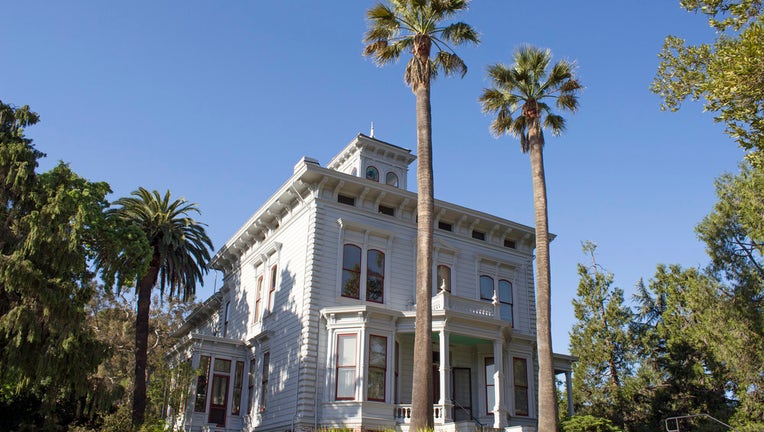 MARTINEZ, Calif. - Saturday evening, Bay Area residents can tour West Hills Farm in Martinez and learn about the opening of 18,000 acres of open space to the public, all without leaving home.

Governor Gavin Newsom and a host of other officials will appear in a 6 p.m. live webcast celebrating the farm's donation to the National Park Service by the John Muir Land Trust.

The red-legged frog, the American badger and the golden eagle can flourish undisturbed in the hills of Contra Costa County thanks to the donation, the land trust's executive director, Linus Eukel, said.

"It's a massive wildlife corridor and now that corridor will remain unfragmented in perpetuity so wildlife can roam free," said Eukel.

The space also encompasses some of the Bay Area's most stunning views, as well as hiking trails including sections of the 550-mile Bay Area Ridge Trail and the 50-mile Carquinez Scenic Loop Trail.

West Hills Farm is adjacent the John Muir National Historic Site in Martinez. The site preserves the 14-room mansion where Muir, known as the father of the country's national park system, lived. Muir was largely responsible for the creation of Yosemite and Sequoia national parks.

"It's very exciting. It's a great project," said Eukel, who has worked on the project for the last 15 years. "We are connecting the entire ridge and opening up 18,000 acres of open space."

The events in the livestream include the dedication of Almond Ranch, which was purchased from the Almond family for $4 million by the John Muir Land Trust. The trust then donated it to the National Park Service.

"We are opening it to the public today for its perpetual public use as well as habitat preservation," Eukel said.

This evening's event will include a virtual tour of the farm, as well as speakers including U.S. Senator Dianne Feinstein, U.S. Congressman Mark DeSaulnier and National Park Service Superintendent Tom Leatherman.

"We are fortunate to have a deep legacy of enjoying and preserving outdoor spaces here in the Bay Area," said DeSaulnier in an email. "The reason we are expanding this beautiful piece of property is because engaged citizens in Contra Costa have made it happen."