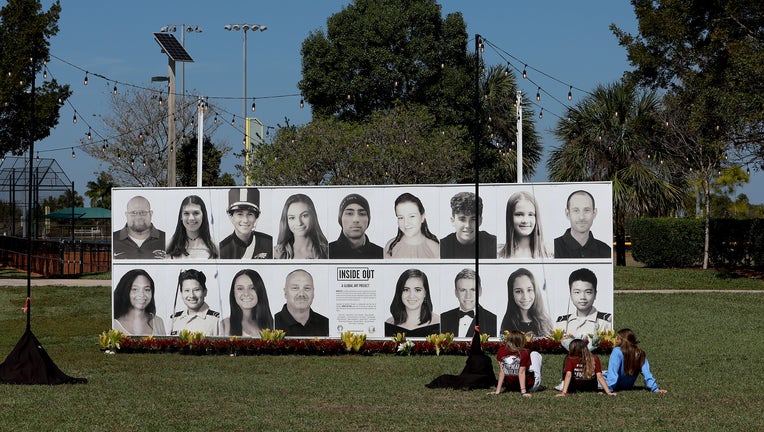 PARKLAND, FLORIDA - FEBRUARY 14: People sit in front of a photo display of the 17 people killed at Marjory Stoneman Douglas High School during a mass shooting on February 14, 2022 in Pine Trails Park in Parkland, Florida. (Photo by Joe Raedle/Getty I

Authorities found a box with loaded firearms on a school campus in Parkland, Florida, this week less than three miles from the location of the 2018 mass shooting.

The guns were found Thursday at Somerset Academy by a Broward Sheriff’s Office school resource officer, who then passed the discovery over to investigators, WSVN reported. The incident took place near Marjorie Stoneman Douglas High School, where a mass shooting in 2018 left 17 people dead and injured 17 others.

Following an investigation, the guns were determined to belong to the school’s principal, Geyler Castro, officials said. It was not immediately clear why the administrator brought the weapons to the school.

The school did not issue an alert or notify the parents about the incident until 24 hours later, according to the report.

"Nothing is more important than the safety of our students, staff, and school community," the school said in its statement, WPLG reported. The school also said it "strives to maintain open lines of communication."

After the school day ended on Friday, parents were notified that the guns were found and that they belonged to the principal.

"What the heck? Oh, my God," parent Jincy Mathews told the outlet. "It’s scary. What you’re telling me is scary."

No students at Somerset Academy came into contact with the loaded weapons, although the incident has prompted the State’s Attorney’s Office to look into the matter. This could result in the principal facing disciplinary action or potential criminal charges.

The weapons were not intended to be carried into the school, the report said.

"No one intended to bring a weapon into the building. The box was among many items brought into the locked room from the principal’s vehicle," the school said, per WPLG.

The school said the loaded firearms were found in a locked room, WSVN reported.

Amid school shootings across the U.S., some lawmakers have called for teachers and administrators to be armed and to serve as first responders in the case of an emergency.