LOS ANGELES - Bell Police began a pursuit of a possibly stolen dark Suzuki sedan just before 10 pm Friday night. The chase started in Bell, California, which is an incorporated part of Los Angeles County, and has continued along surface streets in Bell Gardens and on the 105 Freeway, the 110 Freeway, the 105 Freeway, and the 710 Freeway.

RELATED: Coverage of other police pursuits in and around the Los Angeles area

The pursuit ended near Huntington Park around 11:30 pm when the driver stopped in the middle of the intersection of Florence Avenue and Santa Fe Avenue. The suspect exited from the vehicle and peacefully surrendered to the police at the scene. 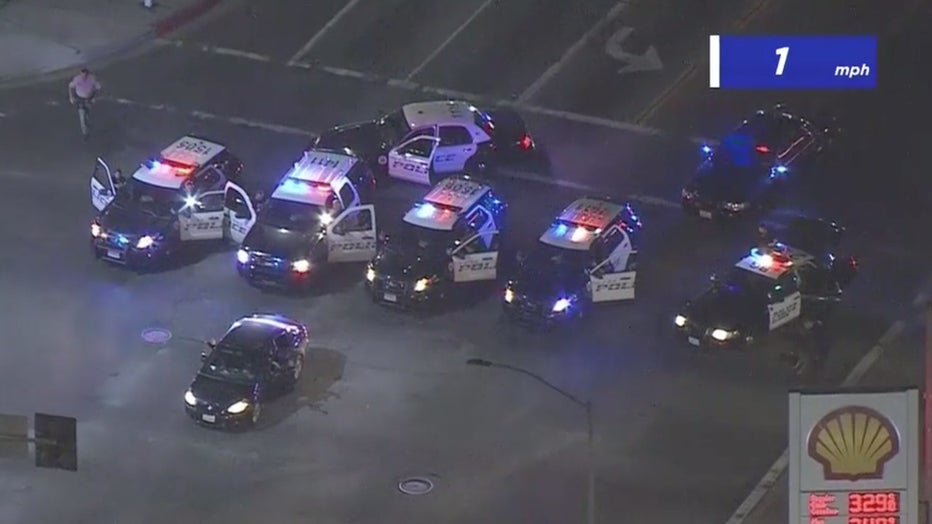 The suspect was considered armed at the time of the pursuit. Police have recovered one firearm that was tossed from the vehicle earlier in the evening.