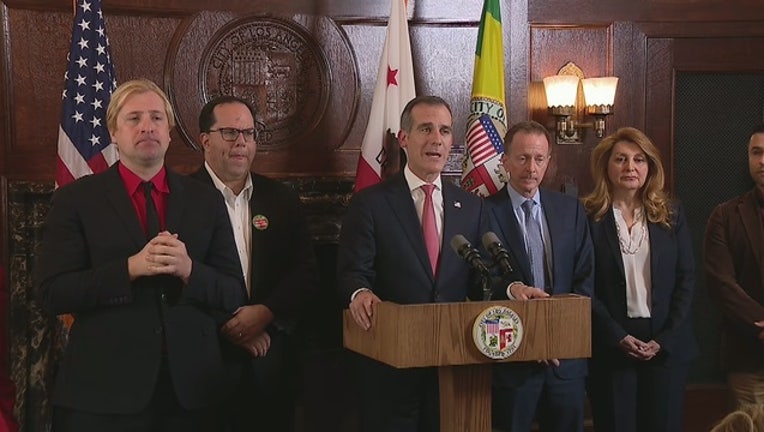 The mayor is making his announcement Tuesday at Los Angeles City Hall days after he helped negotiate an end to a teachers strike in Los Angeles public schools.

Garcetti openly flirted with a White House bid for months.

He sounded like a candidate as recently as last week during a national gathering of his fellow mayors in Washington. He criticized President Donald Trump and what he called a dysfunctional Congress.

Garcetti raised his profile in 2018 by campaigning and raising money for Democratic candidates and state parties around the country.

He steered $100,000 to the state parties in each of the first four presidential nominating states: Iowa, New Hampshire, Nevada and South Carolina.