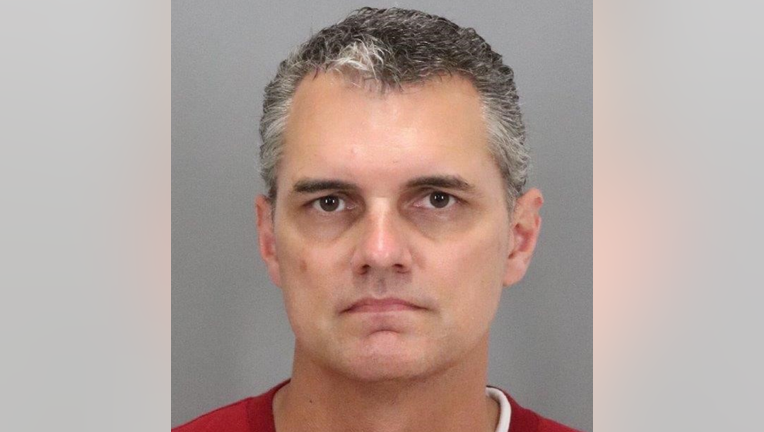 On May 14, the Santa Clara County Sheriff's Office received a report from a 13-year-old boy that the director of the Los Gatos Youth Center made him feel uncomfortable during a one-on-one Zoom meeting.

The director was later identified as 50-year-old Joseph Houg. He is also a 5th-grade teacher at Blossom Hill Elementary in Los Gatos where he has worked for over 20 years.

The boy told investigators that Huong repeatedly asked to see his abdominal muscles. The victim ended up complying with Houg’s requests after failed attempts to redirect the conversation, sheriff's deputies said.

A third victim came forward to report that Houg touched him inappropriately as a child. The victim told detectives that Huong pulled his shorts down during a physical education class and touched his abdomen and genital area. This alleged incident occurred around 2008 when the victim was in 5th grade.

"A forensic analysis of the storage devices revealed a plethora of behavior indicative of a pedophile. Houg had multiple recordings of Zoom meetings of his class performing yoga exercises, videos of young boys changing clothes and videos and images of children in their underwear."

On Thursday, Houg was arrested at his San Jose home and transported to Santa Clara County Main Jail on charges of Lewd and Lascivious Acts with a Minor (felony) and several counts of Annoying and Molesting a Minor.