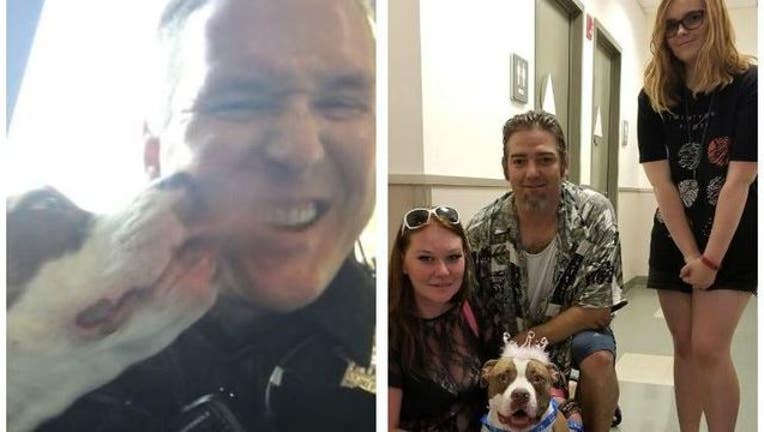 WALNUT CREEK, Calif. (KTVU) - A lost dog in Walnut Creek who found help by jumping into a patrol car, has been reunited with her family.

The dog, later identified as Quinn, found herself lost on a hot day earlier this month.

According to Walnut Creek Police, the dog took it upon herself to jump into a parked patrol car to let Officer Akers know she was lost.

The police car was parked at Newell and Broadway when Quinn jumped in around 5:45 p.m. July 1.

The dog did not have a microchip, but appeared to be in good health, according to a veterinarian.

Police believed the dog, who is described as sweet, is someone's lost pet. One photo shows the pup enthusiastically licking Officer Akers' face.

The dog was taken to a shelter while authorities hoped her family would come forward.

On Tuesday, Quinn and her family were reunited.

She has since been microchipped.